Release of Japan-contaminated Fukushima plant water to the Pacific 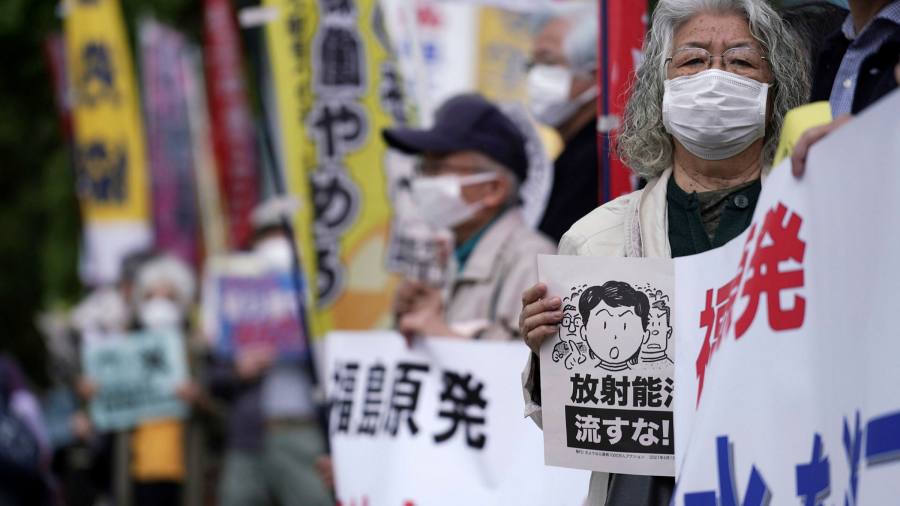 Japan will release more than 1 million tons of water from the Fukushima Daiichi nuclear power plant into the Pacific Ocean, a move condemned by environmentalists, fishermen and surrounding countries.

The local Electric company operator will build water dilution and release equipment, which has piled up since three reactors melted in the 2011 tsunami that flooded the facility. The spill will begin in about two years, if the nuclear regulators finally approve it.

The decision – then taken years of public consultation and clashes between expert committees – they risked reviving some of the traumas of a nuclear accident and worsening the legacy of pollution.

But Japanese authorities argued that there was no practical alternative to releasing water when the storage space was depleted. They added that there was no risk to human health and the operation of nuclear power plants around the world release similar water every day.

“Therefore, based on an approach that clearly exceeds safety standards and an in-depth plan to prevent reputable damage, we consider it pragmatic to release water into the ocean.”

The The Fukushima reactors melted In March 2011 after a devastating tsunami knocked down cooling systems. The water used to cool the reactors, along with the groundwater entering the site, was contaminated with radioactive nuclides.

The contaminated water is treated with a treated filtration system to remove most of the radioactive material. However, there is no practical way to filter tritium, the radioactive isotope of hydrogen, the lightest element in the periodic table.

Tritium has a half-life of 12.3 years, the time it takes to degrade half of its initial radioactivity. Radiation can be dangerous to health, but everyone suffers from a certain amount of background radiation, with higher doses when taking a long-distance flight or receiving X-rays.

The Japanese government says it would only be a radiation dose of water from Fukushima 1 / 1,000 of natural exposure, although all released in a single year.

The government explored a number of alternatives, including evaporating water into the atmosphere or introducing it into underground reservoirs. Experts argued that the only viable option was to dilute the water and release it slowly into the ocean.

“We will dilute tritium to the fortieth of the domestic standard and to the seventh of the World Drinking Water Health Organization standard,” Suga said. He said the process will be subject to inspection by the International Atomic Energy Agency.

Even though the water would eventually be diluted in the vast Pacific Ocean, the Japanese fishing industry feared that it would renew the damage to its reputation. Some countries maintain it bans on Japanese fish and other foods established after the Fukushima disaster.

“This decision is very unfortunate and we do not support it at all,” said Hiroshi Kishi, president of the National Federation of Fisheries Cooperatives. “Through this, we record our hardships.”

Environmentalists say Japan has turned down the option of storing water indefinitely and has chosen the cheapest way to discharge it into the ocean. “The government has taken a completely unjustified decision to deliberately pollute the Pacific Ocean with radioactive waste,” said Kazue Suzuki, of Japan’s Greenpeace campaign.

“Japan has weighed in on the options and implications, has been transparent about its decision, and seems to have taken a vision in line with globally accepted nuclear safety standards,” the U.S. State Department said.