Sabonis, Holiday and Lamb make their Kings debut in 132-119 victory over Timberwolves 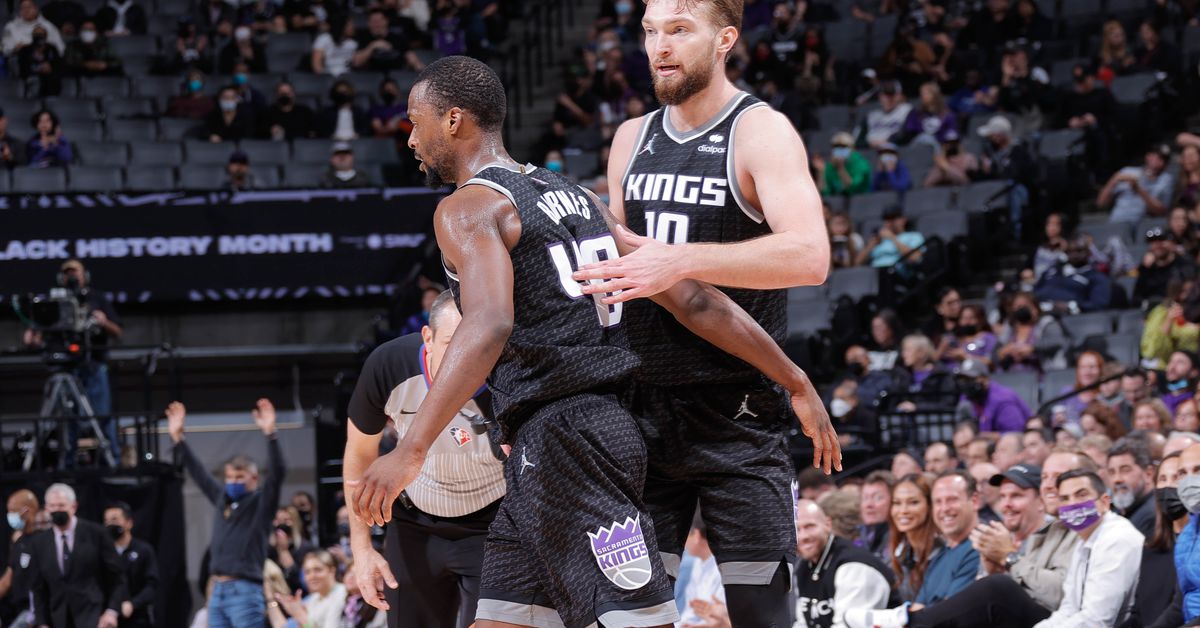 A new era of basketball is upon the Kingdom as Sacramento debuted its newest additions in their recent blockbuster trade resulting in a 132-119 victory on Wednesday night.

Shapes Indiana Pacers Domantas Sabonis, Justin Holiday and Jeremy Lamb were available to play in the Kings’ second consecutive contest hosting the Minnesota Timberwolvesand it was the first chance for this fanbase to see the latest acquisitions take the floor in the purple and black.

Alvin Gentry rolled out a starting five of De’Aaron Fox and Holiday at the guard position, while Harrison Barnes, Chimezie Metu spread at the wing spot while Sabonis snagged the center position. After missing last night’s contest, Richaun Holmes was active for Sacramento – many speculating he might be the next domino to fall in this trade-heavy week.

One thing Sabonis brought to the table immediately was a high-level vision. Fox found him for an easy dink and dump in the opening seconds of play, gifting Domas with this first bucket in a Kings’ uniform. From the jump, the big man was able to flex his elite passing capabilities with ease – facilitating in a brand of fast-paced play where Metu was the primary beneficiary of with ten first quarter points off Sabonis’ dimes. In what was set up to be an exciting night, Sabonis finished with 22 points, 13 rebounds and 5 assists.

The Wolves picked up where they left off just 24 hours ago, where their offensive prowess shined against a Kings team still working out their kinks. Shooting efficiently from beyond the arc was the key to the kingdom in Minnesota’s outing, as they capitalized on the early disadvantage Sacramento had in its lack of roster chemistry and stability, taking a double-digit lead early.

Sacramento answered back in the second quarter, when momentum turned their way on both the offensive and defensive end of the floor. Lamb came in and was able to stroke the three, while Barnes had another efficient outing. A 12-0 Kings’ run gave Sactown a lead and a standing ovation from a wary, yet excited crowd.

That dreaded third quarter sputter did not change overnight as the Kings felt the heat in the Wolves second strong run of the contest. Angelo Russell was on an elite level of scoring tonight, getting anywhere he wanted aggressively and often.

Closing into the final frame the contest was chippy, leaving the opposition within one possession of the other back and forth for a solid quarter and a half. It would come down to the fast break where Fox shined and Mitchell’s defensive vision were able to seal a victory.

Golden 1 Center felt electric for the first time in who knows how long. Joyous basketball to watch in a season of sadness. Things look promising, and not in ways it has fleeced us before. It was not perfect, Sabonis’ debut for the Kings was an ideal indicator of what can happen when talent swells on a roster.