Saudi and Emirati’s religious moderation inspires little beyond their borders 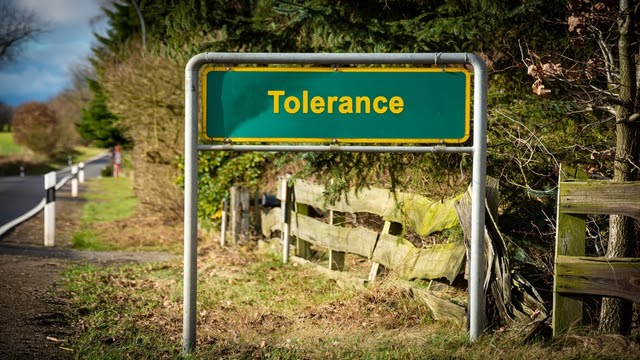 Saudi Arabia and the United Arab Emirates have been praised for social reforms that have reduced the role of religion in public life domestically, improved women’s rights and, in the case of the UAE, provided for non-Muslim lifestyles .

Yet Saudi and Emirati efforts to position their countries as the Muslim world’s beacons of an autocratic idea of ​​moderate Islam have done little to encourage moderation beyond their borders, despite a radical cut in decades of global Saudi Arabia. funding for the dissemination of an ultra-conservative interpretation of Islam and the Emirates’ trumpet of notions of tolerance.

The geographical boundaries of Saudi and Emirati moderation are evident in the housing projects of France, the Rohingya refugee camp at Bangladesh’s Cox Bazar, and in Pakistan, where Prime Minister Imran Khan appears to be strengthening religious ultra-conservatism that has long been embedded in the structure of the society with Saudi assistance.

The obstacles in gaining religious soft power are further evident in the works of Saudi-funded King Abdullah bin Abdulaziz International Center for Interfaith and Intercultural Dialogue (KAICIID). After a decade in Vienna, the center was forced to move to Lisbon. The center hopes so the kingdom’s lack of freedom of religion and violated human rights record will spark less controversy in the Portuguese capital.

Supporters of the center blamed anti-Muslim sentiments for the controversy surrounding it. Although the rise of Islamophobia over the past few years as a result of indiscriminate and senseless acts of violence, prejudice against migration and right-wing xenophobic agitation is undoubtedly true, it is equally true that neither Saudi Arabia nor the UAE can claim total innocence.

Until the rise of Crown Prince Mohammed bin Salman, Saudi-funded ultra-conservatives fed on feelings of marginalization, withdrawal and alienation in housing projects in French cities populated mainly by Muslim immigrants and their French-born descendants.

“With the risk of simplifying a bit, one could argue that from the mid-1990s, the rise of Islamic violence in France which peaked with the 2015-2016 terror wave was essentially a Salafi venture”Says Marc Weitzmann, author of a recent essay on the debate in France over violence and the country’s Muslim minority.

Mr. Weitzmann, who blames the Muslim Brotherhood and its Middle Eastern supporters along with the Saudis for France’s problem, apparently implicitly acknowledged that his assessment did not also hold French discriminatory policies and social attitudes accountable.

The combination of Saudi funding, Islamic agitation and French policy has created a brew in an environment of growing anti-Muslim, anti-migrant sentiment and populist xenophobia that has allowed the UAE to align its obsessive campaign against political Islam with the domestic and geopolitical aspirations. of French President Emmanuel Macron.

With an election scheduled for April in which the president’s strongest challengers are likely to be right-wing xenophobes, Mr. Macron accuses the Brotherhood and Salafists of Islamic “separatism” and “supremacy” by allegedly instituting an Islamic legal code that would replace French law.

The government has in the past year approved legislation that is widely seen as targeting Muslims and has targeted several Muslim civic organizations.

“An unintentional consequence of the target of innocent French Muslims is the further marginalization of a minority group already on the margins of society, ”warned Tanzila Jamal, an undergraduate political scientist.

Similarly, militants from the Arakan Rohingya Salvation Army (ARSA), along with criminal gangs, are gaining ground in Bangladesh’s Cox’s Bazar, home to about a million Myanmar refugees who have nothing to look forward to.

Like their French brothers, there will be few practical life-enhancing solutions prevents Rohingya refugees from finding solace in religious belligerence and ultra-conservatism and convinces them that Islamic moderation has nothing to offer.

To be sure, Saudi Arabia and the UAE have donated millions of dollars to humanitarian aid to the Rohingya. But with a potential civil war looming a year after a military coup in Myanmar, humanitarian aid alone is unlikely to stop the wound in Cox’s Bazar. Yet Myanmar is not among the top recipients of aid in a recently published report on Saudi humanitarian and development aid.

The report, ‘Why the World Needs Partnership with Saudi Arabia: Saudi Arabia’s Global Humanitarian and Development Aid’, published by the King Faisal Center for Research and Islamic Studies (KFCRIS), aims to fill a void created by what it does considered a failure. of the media and international aid platforms to highlight the kingdom’s contribution.

Saudi Arabia ranks among the world’s top five donors with 60 percent of the funds or US $ 40 billion allocated to development over the past 46 years, according to the report. Unlike Myanmar, Pakistan ranks among the top five recipients of Saudi greatness in terms of both humanitarian and development aid.

Probably the country most affected by decades of Saudi support for ultra-conservatism, Pakistan, a country with a complex relationship to secularism and religiosity, seems to be treading a path leaving the kingdom and the UAE.

Pakistani Prime Minister Khan emphasizes the role of Islam in education and combating alleged blasphemy, an issue that often spark mob violence in the South Asian nation, while Saudi Arabia and the UAE have tried to reduce the role that religion plays in national identity and public life.

With the debate in Pakistan focused on education and social morals, Saudi Arabia announced last May that it would builds a large mosque in the name of King Salman on the campus of the Islamic University of Islamabad.

Although the mosque’s message is likely to differ significantly from what Saudi-funded institutions preached before reforms instituted by Prince Mohammed in the kingdom, there is little chance that it will persuade Pakistan not to travel on a path that the kingdom and the UAE does not give up.

After the launch of a simple national education curriculum which significantly increases religious content and creating a body to monitor the curriculum and look for blasphemous content on social media, Mr. Khan last week identified corruption and explicit sexual content on the internet as the main threats facing Pakistani and Muslim youth.

In doing so, he ignored the real issues facing the youth in several Muslim-majority countries: a lack of quality education that prepares students for a 21st century labor market, the absence of an intellectual and social environment that encourages truly creative and independent thinking, and a lack of professional prospects for many young Pakistanis.

To be fair, in an encouraging development, Pakistan’s top judicial commission this week nominates a female judge to the Supreme Court by a narrow five-to-four vote for the first time in the country’s history.

Mr. Khan has long made corruption a prominent issue, but recently leaked documents suggests that members of his cabinet and their families as well as of his financial backers and military officers parked millions of dollars in secretly owned foreign companies.

It has not been shown that Mr. Khan himself has no foreign ownership. Nevertheless, in a online meeting last week with Islamic scholars, Mr. Khan, who focuses on Islam’s earliest years, apparently argued that safeguarding social ethics and morals was a prerequisite for the fight against corruption.

Consequently, Mr. Khan in his remarks prioritized a perceived need to protect the youth from the “invasion of social media on their faith and religious and ethical values.” He demanded that young Muslims be spared in order to be “flooded with obscenity and pornographic material available on the internet”.

The participants in the online meeting were mainly prominent proponents of an autocratic and / or right-wing nationalist’s idea of ​​moderate Islam and traditionalist scholars. They essentially excluded voices that excluded jurisprudential and theological reforms that would embrace human rights and fundamental freedoms.

Among the participants were UAE-backed clergymen Abdullah bin Bayyah and Hamza Yusuf; Recep Senturk, who is believed to be close to Turkish President Recept Tayyip Erdogan; as well as the well-known traditionalist thinker Seyyed Hossein Nasr and his Malaysian student, Osman Bakar; and Chandra Muzaffar, a controversial Malaysian scholar, former Islamic politician and activist. The newly formed Pakistani monitoring body invited them.

Mr. Khan’s “discourse sounded surreal given the nature of the problems facing Muslim-majority countries. The Prime Minister’s observations and questions during the discussion revealed a narrow worldview. In fact, such views can be seen as symptomatic of everything that has caused the backwardness of Muslim countries, “said Pakistani columnist Zahid Hussain.

Mr. Hussain rejected the gap in social and economic development between Muslim countries and the rest of the world, warning that “obscurantism only emphasizes our backwardness. The youth, who now make up the majority of the Muslim world’s population, need education, freedom of expression. thinking they can equip to compete with the rest of the world. “

Neither Saudi Arabia nor the UAE embraces fundamental freedoms, including freedom of expression. On the contrary. Their human rights records have been badly tarnished.

Nevertheless, to demonstrably urge Pakistan to embark on educational reform and counteract social militancy of the jungle, even if it is only in line with an autocratic definition of religious moderation and to help provide difficult communities with prospects that past mere survival will be a step forward.

This will potentially enhance the two Gulf states’ competitive efforts to be icons of a restrictive form of moderation and leadership of the Muslim world. Possibly a first step towards moderation will unleash forces at some point in the future that will further push the envelope.

Dr. James M. Dorsey is an award-winning journalist and scholar and a senior fellow at the National University of Singapore’s Middle East Institute.

By Richard Pagliaro | Friday, May 27, 2022Coco Gauff does not wear a watch on court.That's because the 18-year-old Gauff believes the...
Read more
GOLF

Christine Fraser does not fit the mold of a typical participant in the golf course architecture business, and she's...
Read more
Sports