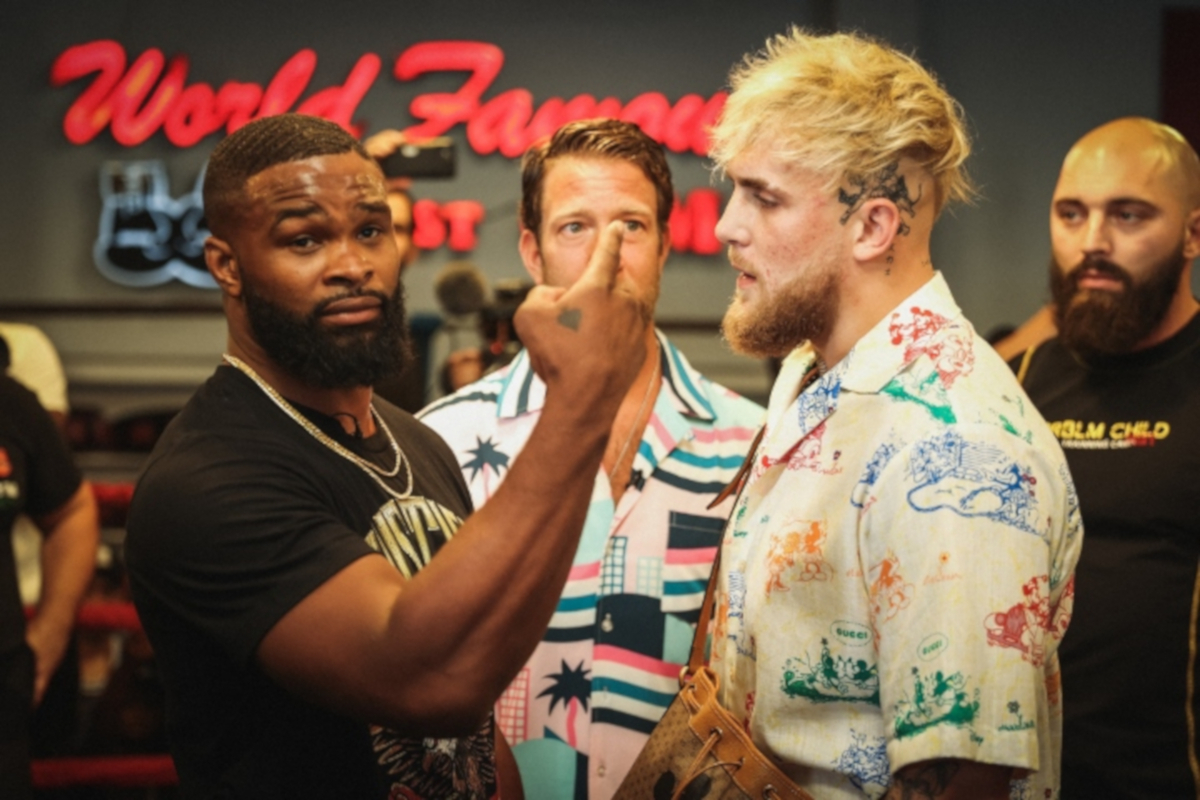 I could not help but wonder (apologies to Carrie Bradshaw) if Jake Paul will one day be the answer to a trivia question, along the lines of ‘Which well-known boxer’s first three paid contests came against a YouTuber, a basketball player and an MMA fighter? ‘ Tyron Woodley, another from the world of mixed martial arts, is next man up, this Sunday is Cleveland, close to where Paul and his equally infamous brother, Logan, were raised, and the former UFC welterweight champion may well be the most dangerous striker Jake has faced thus far. Although, in fairness, that is not saying much.

First designated victim was internet rival Anesongib, who looked as if he were donning gloves and wearing a gumshield for the very first time, so hapless was his performance against Paul in January 2020. He was summarily dismissed in the opening round while ex-basketball star Nate Robinson made it to the second.

People began to take Jake more seriously in April, when he walloped flabby wrestler Ben Askren, a Bellator champ in his day, in under two minutes. Woodley is a former stablemate of Askren and got into a backstage row with Paul before their fight. Tyron too has an extensive wrestling background but did score several memorable UFC wins via strikes and his punching game is superior to Askren’s, so looks to be a step up, though how much of one remains to be seen on Sunday. Paul has remained a solid favorite with the oddsmakers since the market opened up.

Striking for MMA and the art of traditional boxing remain very different skills, and Paul has now spent around two years diligently honing his nascent craft, rapidly looking better than his older brother, despite the latter hanging with a questionably motivated Floyd Mayweather for eight rounds in June. Jake passes the eye test – with the likes of veteran promoter Lou DiBella an unabashed fan – but notably against opposition even less experienced (in boxing) than him. There is a lot riding on Paul, who already boasts a profile bigger than many current world champions and who recently left Triller to be showcased on Showtime.

If he gets past Woodley, a fellow novice pro boxer could thankfully be waiting in the wings. Rival Tommy Fury, younger brother of Tyson and similarly yet to be tested, takes on Paul’s regular sparring partner Anthony Taylor on Sunday’s show. It’s a tricky one for ‘TNT’ who is 6-0 and has wanted the Paul fight for some time. If he blasts Taylor out as he should, could that dissuade the watching Paul from taking Tommy on? However, if he carries his opponent, there is always the danger of a shock defeat and the marquee showdown falling by the wayside.

Given Fury is, despite some time spent on reality TV, a genuine boxer – from a boxing family, has been around the sport his whole life – and boasts name recognition disproportionate to his standing in the game, he would be the perfect opponent to genuinely test Jake Paul.

Russell Street Report staff react to the Baltimore Ravens' 2022 schedule, which was released on Thursday evening, and is as follows: Introducing our 2022...
Read more
Load more