Home Sports NFL Should the Eagles make another high pick at wide receiver in the...
SportsNFL

Should the Eagles make another high pick at wide receiver in the 2022 NFL Draft? 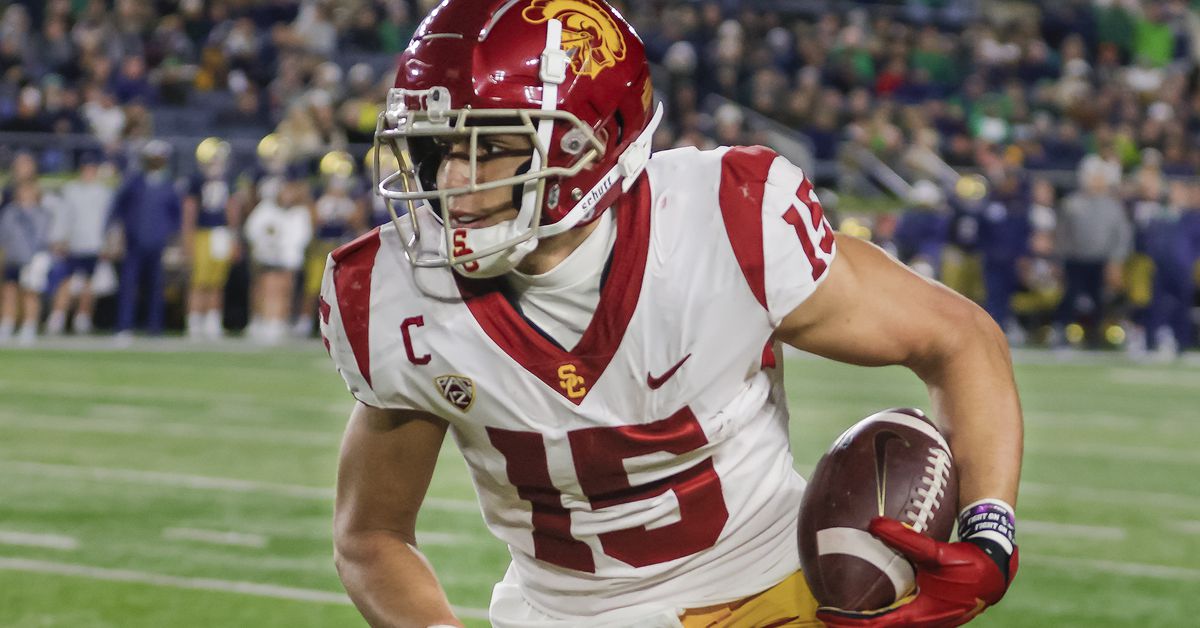 With the 2022 NFL Draft a few months away, let’s take stock of the Eagles roster, the talent of the draft class, and where it leaves the team in terms of how to address needs. This will be a position-by-position review with draft outlook incorporated. Let’s take a look at the wide receivers.

The Eagles took a step in the right direction this year with DeVonta Smith leading the receiving corps. Even as a rookie, Smith showed he can lead the Eagles passing game as a top target. Outside of Smith, however, things are less hopeful.

Quez Watkins had some bright moments in 2021, but they were few and far between. Maybe enough to give him a shot at having a larger role next year, but he is hardly a sure thing. Jalen Reagor failed to show much of anything despite seeing a healthy amount of targets. It may seem harsh, but the former first round pick is extremely replaceable at this juncture. Then there is JJ Arcega Whiteside, who despite being an excellent blocker, can not do much in the way of catching the football. Finally, Greg Ward has far outplayed expectations as a quarterback convert, but the Eagles are in bad shape if they need to rely on him any more than they have.

The last two NFL drafts have been loaded with top tier receiving prospects. While this draft does not have any prospect on the level of Ja’Marr Chase or DeVonta Smith, it has a ton of Top 40 worthy talents that they Eagles should show interest in.

Drake London, Garrett Wilson, Chris Olave, Treylon Burks are all surefire first rounders while Jameson Williams, Jahan Dotson, David Bell, John Metchie and Wan’Dale Robinson make sense as potential fringe Day one or early day two picks. Players like London, Bell and Burks are the X-type receivers who have the size and athleticism to win in a variety of ways. Wilson and Dotson are route running specialists who can create instant separation while Olave, Williams, Metchie and Robinson have speed for days.

The class has plenty of interesting prospects beyond the top guys. Calvin Austin, Justyn Ross, Skyy Moore, and Jalen Tolbert are just a few mid rounders who could be a great addition to an Eagles depth chart in need of talent.

Look at the current Super Bowl contenders. The Rams have Cooper Kupp, Odell Beckham Junior, and Van Jefferson. The Bengals have Ja’Marr Chase, Tee Higgins, and Tyler Boyd. Last year it was Mike Evans, Chris Godwin, and Antonio Brown taking on Tyreek Hill, Mecole Hardman, and Sammy Watkins. Today’s NFL requires legit playmaking ability from a team’s top three receivers. Even if an offense is run heavy and / or has a top tier tight end, having above average play from the outside and slot receivers can completely change the way defenses treat a team.

The Eagles need to fill out the wide receiver corps behind DeVonta Smith. Regardless of who is starting at quarterback in 2022, they will need legit weapons to work with. If It’s Hurts or a younger player, dependable targets will help bring them along and maximize their play. If it’s a veteran quarterback, the Eagles will likely want to open up the passing game even more anyway, requiring more contributions from their wide receiver group.

This is a good year to need pass catching help. Not only is the draft deep, but free agency is shaping up to be as well. Look for the Eagles to spend money on a number two receiver in free agency while drafting a guy relatively high to compete with Quez Watkins for the third receiver spot.