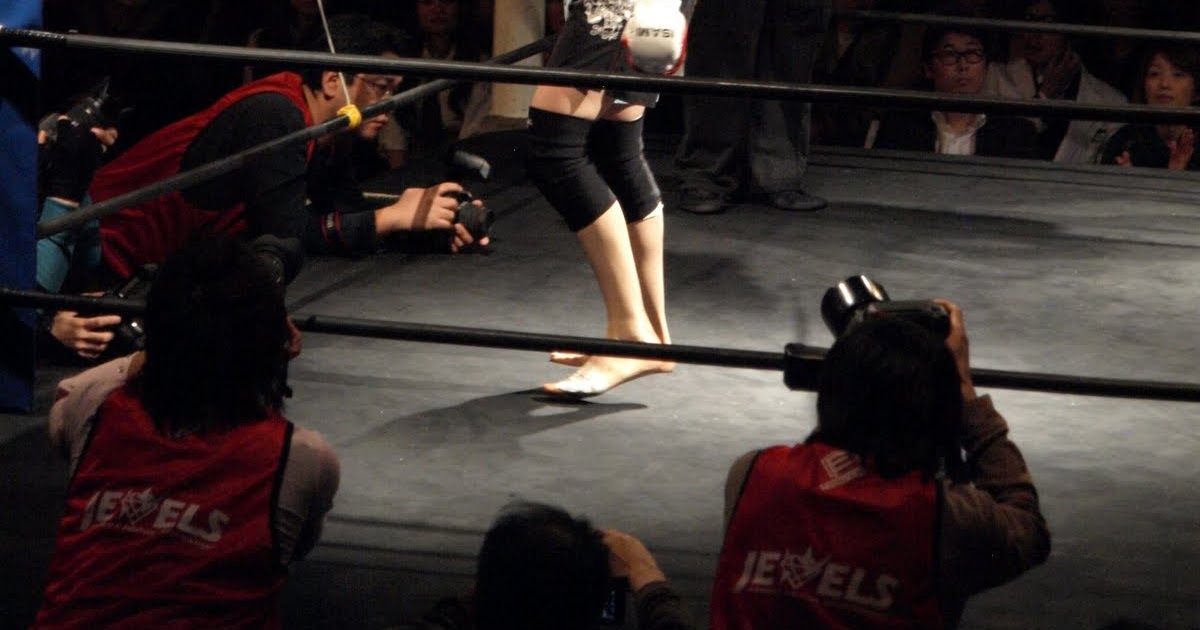 Some MMA fighters are experiencing a career turnaround after a losing streak, and Roxanne Modafferi’s revival has been one of the most impressive to date. She once had a six-fight losing streak, and while watching her fight for Valkyrie and Jewels, I, along with other people, became concerned about the coaching and training she was receiving. After a move to the United States, Modafferi drastically changed her MMA career after a turn on TUF 18 that included a win over Valerie Letourneau, which will challenge Joanna Jedrzejczyk at UFC 193. Since his signing with Invicta FC, Modafferi has shown rapid improvement in the striking department.

As I asked her questions, I thought of the language barrier she endured when she learned MMA techniques in Japan. When explaining the nuances of a technique, coaches often use slang or abbreviations, which can be difficult for people from other countries to understand (I often feel that way too).

I believe Modafferi’s knowledge of Japanese is better than 95% of foreign Japanese learners, but she still recognizes a language barrier and that says a lot about the difficulty of learning MMA techniques in a second language.

This is an interview with an MMA fighter who has trained in two countries and knows the problems of cultural differences. She persevered through this struggle on the path to the happiest day in her career.

When you started your career in Japan, there were no stable MMA organizations that could offer consistent fights for women outside of Japan. Many Western female MMA fighters could not find enough fights in the early era and either retired or stayed in the sport for many years and fought far beyond their heyday. You’ve had a long career and after a tough losing streak it looks like you’ve now entered the prime of your career. How do you feel about the course of your career and how did you get through the difficult situations?

I feel like my career has been exciting and full of adventures. I practiced very hard every night while working during the day. In the beginning, that was enough. Then MMA continued to develop as a sport and my full time job plus training became too much. I also had a hard time learning how to hit. I love wrestling but have long struggled to do kickboxing effectively. I started on a losing streak. That changed when I decided to retire to America to fight full time, and I joined the gym Syndicate MMA in Vegas. I can not say that I regret that I went back earlier, because I loved my life in Japan. I’m still fighting and climbing my way to the top!

While you were still in Japan, which fighter impressed you the most? Was it someone you fought or just someone who taught you something important?

When I lived in Japan, I looked up to K-Taro Nakamura because he could take everyone’s back and strangle them. I finally bought his book on RNC. He taught at Keishukai every Saturday. I learned the ankle control from him.

During your TUF 18 elimination fight Valerie Letourneau, you took her back and finished her off with a naked choke. I got the impression that what you learned from Wajyutsu Keishukai worked during the turning point in your career (taking your back and finishing with a backhand choke is a common move at that gym). Is this a technique you learned from Wajyutsu Keishukai? If not, who taught you that move?

It’s true that I liked doing rear naked choke at Keishukai. However, I learned the move years ago before I moved to Japan, so I forget who actually taught me originally.

You have shown rapid improvement in your strike since joining Syndicate MMA. You control distance, use a variety of combinations and now have amazing elbow attacks. how did John Wood taught you these things and what convinced you to accept his teachings?

I’m a “sound” learner rather than visual, so that means I need someone to explain details of techniques to me, not just show me, or I can not understand. In Japanese, it was really hard. Even though I did private sessions with a coach, I do not feel that I have made much progress. Syndicate owner and coach John Wood has the ability to explain really strikingly to me and “train” me through repetition so I can understand. Knowing my learning style, I tried his gym for a week, deciding that he is the guy I can entrust with my new hope for my career. I told him, not “I would like to join your gym,” but rather, “Will you be my coach?” From the following week, I have been doing extra mid-sessions every week for the past two years in addition to the well-managed MMA classes. This is how I was able to improve so much.

The UFC does not currently have a 125 pound division. They only have 135 and 115. How do you feel about your division’s absence in the UFC? Do you feel that Zuffa should add a 125 section?

I’m sad that my weight class is not in the UFC. I hope it’s soon.

Invicta FC does have a 125 pound division and DEEP Jewels also recently created that weight class. Of course you want to challenge Invicta FC champion Barb Honchak, but how would you rate the DEEP Jewels 125-pound division? Did you watch champion Ji Yeon Kim’s fight? Please give your impression of her if so.

I could not easily look at Deep Jewels since I returned to the US. I did not see Ji Yeon Kim. I remember seeing some fights last year and being disappointed in some technique. This was due to my new perspective – I recognized a bunch of techniques that the fighters did not do that I had just learned at Syndicate. I found myself thinking, “if only they could practice with me at Syndicate!” I think JMMA has been surpassed in some ways.

You are known for your hobbies: Anime, Manga, games, movies, music and so on. What are some of the current “hot things” in your hobbies?

I tried to catch up with old anime I got behind, like A piece and Naruto and DBZ Kai. I ended up in new ones like Attack on Titan. I am SO excited that I can see the live action movie during my visit to Japan! I also try to study Japanese in my spare time. Thanks to Skyping with my friend Goto-san and him who fixed my Japanese blogs, I did not lose my language skills.

Your nickname is Happy Warrior. What makes you happiest? Fighting yourself, talking to coaches and practice mates, interacting with fans, everyday life or something else?

Please share a message with your fans about your fighting career and future.

You may not realize it, but as my fans you play a big role in my motivation and happiness. When you encourage me, or send me an email or Tweet or Facebook message of encouragement, it inspires me to try harder when I am down or hurt or tired. I feel like my life has a little more meaning than just fighting for fun. It makes me think that there is no way I can make the Happy Warrior retire anytime soon! I have so much more positivity to spread! I want to make friends with EVERYONE, and show that fighting can be an honorable athletics match, not a raging fighting where someone enjoys inflicting another pain.

Many thanks to Robert Sargent (MMA styg) for English editing.