Smith Rowe 9, goals from behind 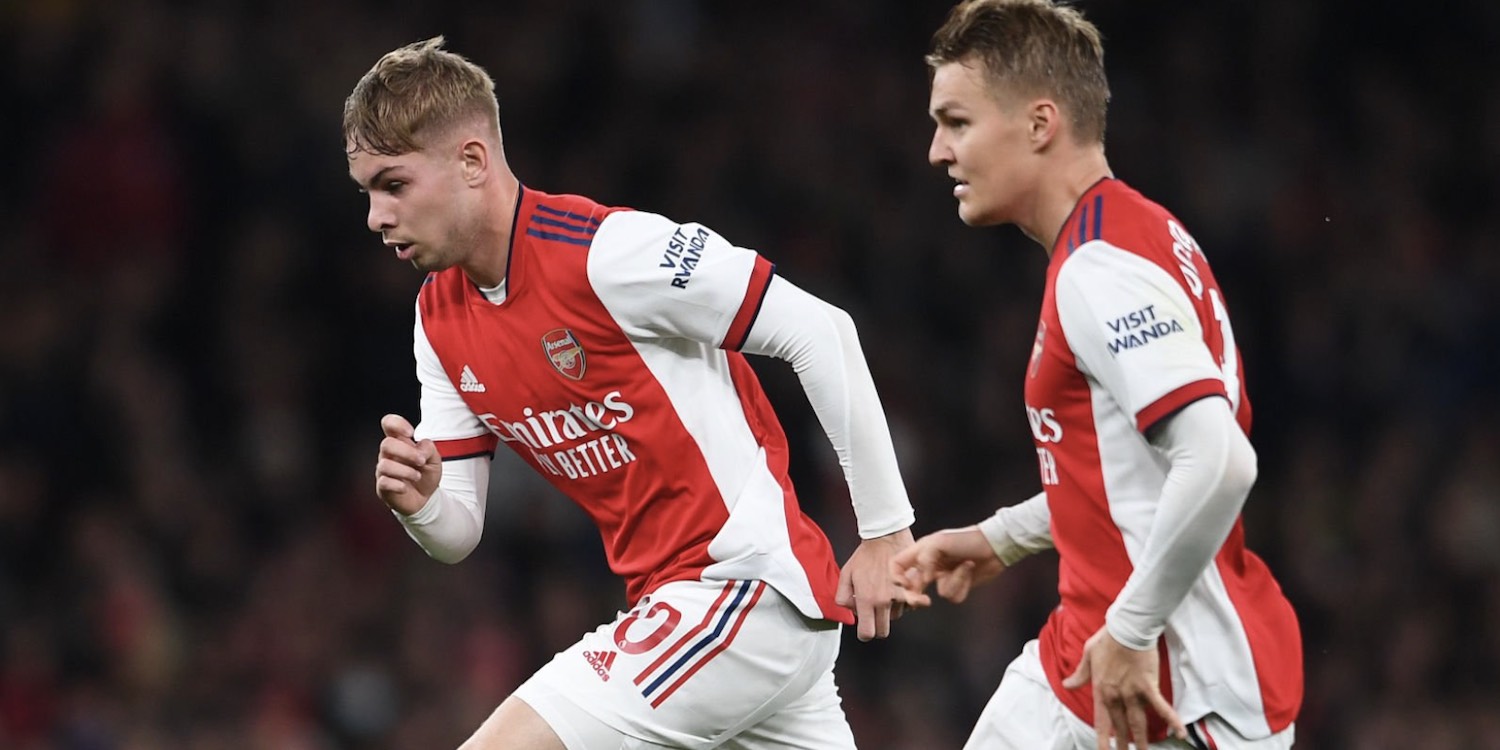 As our top scorer this season, with 10 goals, Emile Smith Rowe has taken a real step forward during this campaign. More than a step, a leap. Far be it for me to toot my own horn, but back in August I wrote about him and said:

Emile Smith Rowe will not feel the burden of the 10, and if he continues his trajectory he’s going to make a solid contribution. I think the goals will start to come for him, and once we get that other attacking midfielder in to share the workload, he’ll cement his importance to the team.

You can almost always tell when a player is going to be a goalscorer. Ever since his first forays into the first team, he scored. Under Unai Emery he got goals in pre-season, then he scored during his occasional Europa League outings, and now we’re seeing a player who – after some development on loan and some physical maturity – offer consistent threat in that regard. His importance to this team now is unquestionable. After a spell out and on the bench with some injury issues, his return to the starting line-up at the weekend was emphatic.

It’s why I think Mikel Arteta’s comments about him and where he can play are so interesting. After the Brentford game, the manager said:

He sounds quite certain of the fact he can ‘play as a nine’, so I can only assume this is something they’ve worked on in training at times. Not a traditional center-forward, he’s obviously not an Olivier Giroud, but something akin to a Roberto Firmino at Liverpool – a modern, false-9 option that allows and facilitates goalscoring from the wide forwards who have been so effective for them.

The thing is though, as much as that might be an interesting thing to see, Smith Rowe has been a really effective goalscorer in one of those wide positions. 6 of his 9 Premier League goals have come when he started on the left, and both his assists came from there too. I absolutely understand why, given our current situation at center-forward, Arteta is considering his options for that position, but Smith Rowe has been so good from the left it would seem an odd decision to move him from there.

If it did happen, you’d assume it would be Gabriel Martinelli moved out wide, but if we’re considering a future with Smith Rowe, Martinelli, Martin Odegaard and Bukayo Saka all in the team at the same time, I think right now I’d prefer to see the Brazilian in the ‘9’ role rather than Smith Rowe. The idea of ​​that front four is such a tantalizing one, the combination of qualities they possess is so exciting, and when you consider how much more there is to come from two 20 year olds, a 21 year old, and the old man Odegaard at 23 it augurs well for our future.

The potential they have is clear, and it’s going to be very interesting to see what we do in the summer when the market opens again. Of course we need a striker, everyone knows that, but it’s exactly what kind of player we go for that will be so fascinating. Inevitably the arrival of a first choice center-forward is going to have an impact on one of these four (unless we change system in some way, perhaps using Smith Rowe as one of the 8s?), And I’m curious to see what the planning is.

I’m getting a bit ahead of myself though. Up above I said Smith Rowe’s burden would be eased by the arrival of another attacking midfielder, and Odegaard has really done that. I thought he was absolutely fantastic against Brentford, even if there were a couple of moments when he might have done better in the penalty area, but he played a key part in our control of that game from start to finish.

It’s clear he’s the player the manager really likes, and that was hammered home by Arteta’s post-game comments:

“The way he lives his profession, the way he likes to play football and everything he does is to become better. He has still a big margin. He wants it probably more than anyone else on that pitch, every single day. He will be top top.

“He generated expectations when he was 16 as well. Everybody wanted him. And then he had to fulfill that in a club like Madrid, where the competition is like it is. It is extremely difficult but now he has found his place. ”

When we think about goals between now and May, I think he’s someone we should look to to make a telling contribution. He has four so far – all in the Premier League – but with his ability I reckon he’s capable of pushing towards double figures by the end of the season. Perhaps those are famous last words, but the goals have to come from somewhere, and the way he connects with the players ahead of him makes him a solid candidate to produce in that regard.

He’s also someone in the mix for the captaincy too. Lacazette’s possession of the bracelet is temporary, and a decision has to be made for next season. It looks perhaps as if Kieran Tierney is currently the next in line, but I just wonder if Arteta sees in Odegaard the kind of qualities he likes in a leader. One to discuss over the summer I guess.

Right, I’m gonna leave it there for this morning. If you have not had a chance to listen yet, there’s a brand new Arsecast Extra for you below, discussing Brentford and lots more. Enjoy!