Sorting which 2022 free agents Cowboys should retain or let walk 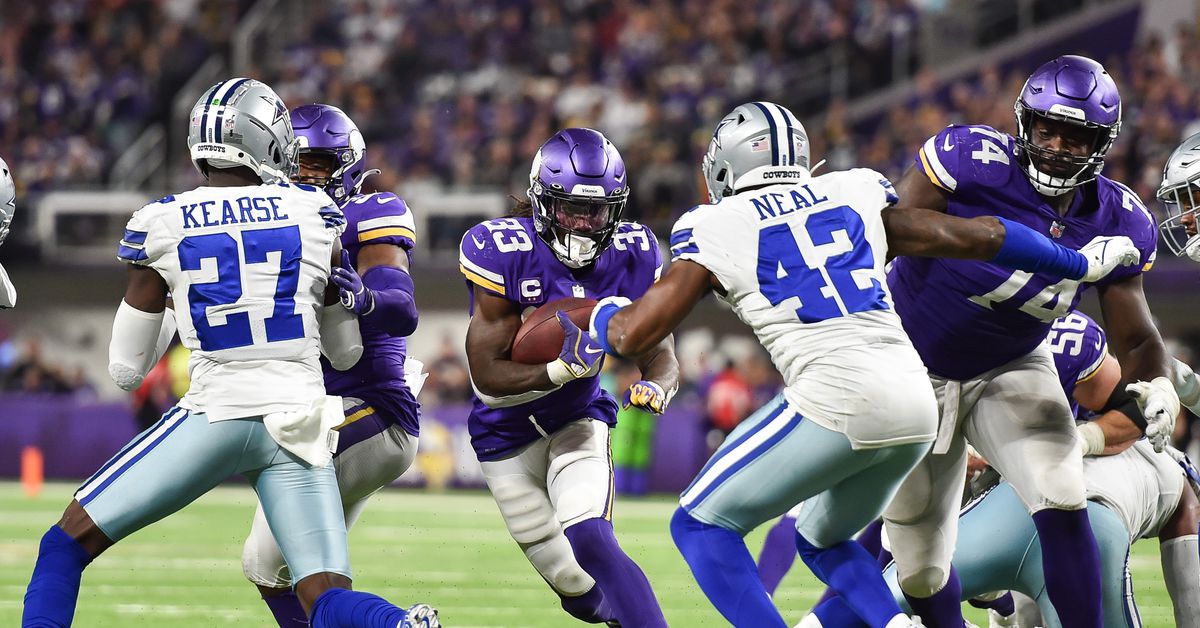 How the Cowboys should prioritize their 2022 in-house free agents- Tyrone Starr, The Landry Hat

The list of 2022 Dallas free agents is long, but the Cowboys need to focus on retaining a few key contributors.

The next group is comprised of guys that the Cowboys should only consider bringing back on veteran minimum salaries or extremely economically-friendly deals that benefit the team:

Vander Esch almost made the group above but due to the Cowboys’ lack of available players at this position, I decided to put him here. All of these guys could come back but also should be replaceable if they find bigger or better deals elsewhere.

This next group is almost certain to be gone in 2022, just because other teams are likely to offer deals that Dallas cannot afford to match. Next year will suck watching these guys thrive elsewhere:

That leaves six guys left from the in-house free agent pool that I believe Dallas must prioritize. Let’s have a little fun and list them in reverse order of importance:

2 for 1: Should Cowboys Cut Cooper to Keep Gallup & Wilson? – Jess Haynie, Inside The Star

Would bringing back Gallup and Wilson be worth giving up Amari Cooper?

A huge factor in this is Gallup’s late-season ACL injury. Injuring it in Week 17Michael just had surgery on it in early February and will likely miss most if not all of the offseason work. Returning for the preseason is the current projection but any recovery setbacks could quickly impact the real games.

However, if Gallup’s fully healthy in 2022 then he and CeeDee Lamb would also be a great starting duo. Whereas Amari’s chemistry in the offense with QB Dak Prescott has at times been questioned, Gallup has proven the last few years to arguably have the best connection with Prescott and has been his favorite target in clutch moments.

Cedrick Wilson has been an exceptional depth player for Dallas in recent seasons. He’s proven he can step up when injuries have pulled him up into the top three. Having him officially take over as WR3 would not be a scary proposition.

Still, Amari Cooper is the most talented WR in this conversation and arguably on Dallas’ roster. He’s a four-time Pro Bowler and turns just 28 in July. He’s a top-notch route runner with the most reliable hands on the team; a weapon that Prescott and Kellen Moore need to do a better job of utilizing.

Another option Dallas has is to restructure Cooper’s contract, clearing about $ 12.6 million in cap space and keeping Amari in house for at least next year and probably longer. The Cowboys probably would not be able to keep both Gallup and Wilson at that point but could aggressively pursue one of them.

Jerry’s hand does not cramp writing a check, but how does that impact the Cowboys’ 2022 cap space?

Cowboys kicker Greg Zuerlein made his only FG attempt and six of seven PATs on Saturday. When he has missed this season, ball usually has gone wide left. Miss vs. Eagles wide right because Zuerlein caught too much of turf on strike, opening up right foot. pic.twitter.com/iEk68YrQAu

Zuerlein was 24th in both field goal percentage (82.9%) and extra point percentage (87.4%). The Jones’ can get that kind of production (and likely even better) from a young kicker making less than $ 1M. As a bonus, cutting the veteran this offseason would save around $ 2.5M.

Cowboys have designated TE Blake Jarwin to return from injured reserve, they announced. His 21-day practice window begins today. Jarwin has missed the past nine games to a hip injury. https://t.co/GiQ6QnM4Oh

Blake Jarwin’s $ 5.8M deal is not the most egregious Dallas Cowboys contract, but the fact that it might cost the team TE Dalton Schultz makes it a problem.

Jarwin’s just 27, but he’s only played nine games the last two seasons. Schultz has stepped in and become an underrated star the past two years, and now he’s an unrestricted free agent. Jerry Jones will likely have to choose between Schultz and Jarwin this offseason (cutting the latter would save almost $ 4M), and Jarwin is the much riskier choice.

Trey McBride & 2 TE Prospects That Cowboys Should Target- Mario Tovar, Inside The Star

Dallas can look to these three players to replace Dalton Schultz if he walks in free agency.

The six-foot-four, 260-pound McBride was a 2021 Consensus All American last year and was the recipient of the John Mackey Award. While McBride is rising on draft boards, it’s possible that Jones could move up into the early selections of the second round.

Last season, McBride broke out, amassing 1,121 receiving yards and stretching the field from the tight end slot, averaging 12.5 yards per reception. He was second in the Mountain West Conference with 90 receptions and eighth in yards from scrimmage.

Showcasing a solid frame highlighted by his impressive thick lower body, McBride’s athleticism is noteworthy. He possesses dependable hands, and his route-running is crisp for a tight end. He has excellent awareness of zone coverage as well.

Overall, McBride would be a great option as a long-term solution for the Cowboys.

The noise around Cooper and Lawrence is loud, so what should Cowboys fans be listening to?

What if, in Mike McCarthy’s evaluation of the way the roster and locker room works, he sees those two things as impediments to ultimate success?

Every argument for whether or not the Cowboys will be worse off without these two players centers around the loss of their on-field production. But leadership is a funny thing. If someone is the leader of a defense that has habitually underachieved and then when they miss most of the season, a young lion enters the fray and the team surges, it’s a reasonable question of whether or not said leader should continue to lead.

Is this the case? No one outside the organization knows, but if the conclusion is that Lawrence’s leadership is not what will guide the team, one could see why his price tag could be considered too high.

As for Cooper, he showed up at that Mavs game with Lamb by his side. Maybe the club is considering his role in the hierarchy of the locker room as well.

If Gallup and Wilson both sign elsewhere, there are several WR replacements Dallas should consider.

The Cowboys used 11 personnel (1 running back, 1 tight end, 3 wide receivers) 67% of the time last season. So, JuJu Smith-Schuster would be another great fit alongside Amari Cooper and CeeDee Lamb.

Smith-Schuster is coming off a year where he only played five games due to a shoulder sprain. That will most likely affect his price in the market. According to PFF, Smith-Schuster is projected to receive a one-year, $ 8 million contract. Another number that should be within the Cowboys range and may even go down due to his inability to play in most of 2021.

It helps that the former USC Trojan spent Super Bowl week with Cowboys quarterback, Dak Prescott. He already has an appreciation for Prescott calling him a “great quarterback,” and he complimented the Cowboys facilities. If Dallas signs Smith-Schuster, he will most likely be used a majority in the slot.

We offer a different show every single day on the Blogging The Boys podcast network.

The Blogging The Boys podcast network is available on all major podcast platforms.