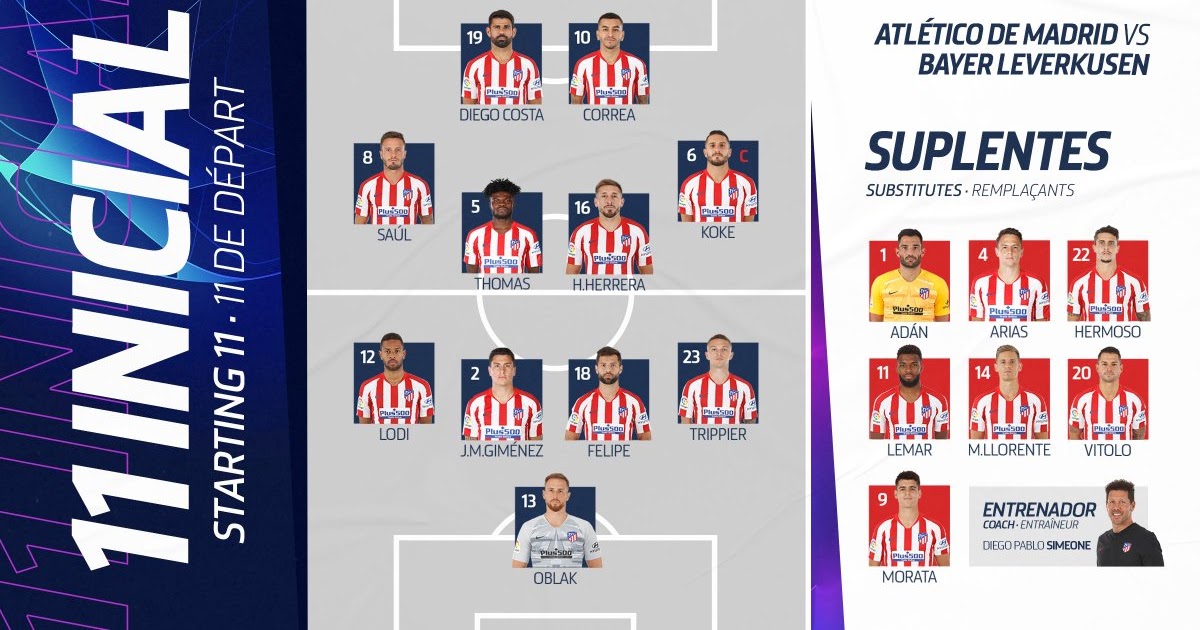 Above is the starting XI for Atletico de Madrid, a team without Felix Joao who was injured this weekend thus opening a space up for Herreria, & Angel Correa getting a start. 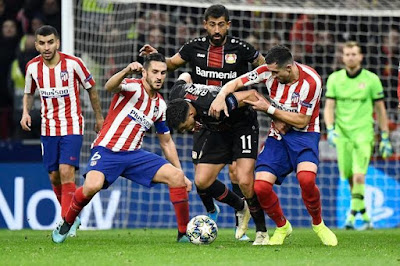 The first 45 minutes were somewhat bland with nothing really outstanding. Atletico de Madrid began trying to put on the turbo but fizzled out after a number of goal occasions. From there both followed their plans until they reached the half whistle. Lack of imagination on both teams. 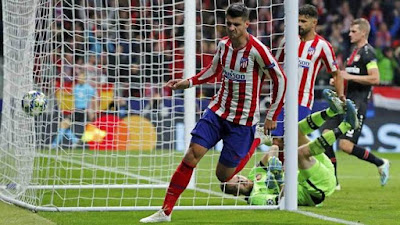 With things looked the same as the 1º half Atletico needed to move things if they were to shake off the rocky German team. Coach Simeone put on Alvaro Morata & it paid off. In the 78th min LODI crossed & found his teammate MORATA who headed in the eventual winning goal. 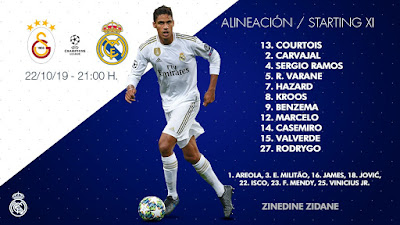 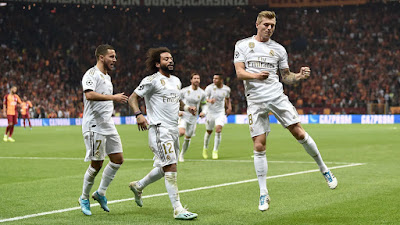 It was a must win situation for Real Madrid, while a black cloud was also hovering the head of Coach Zidane. The Spanish Club started well but quickly fell into old habits allowing spaces in defense & opportunities for the Turks. Real Madrid goalie COURTOIS made two (three) very important saves to keep his team alive. However, Real Madrid reacted in the 18th min when HAZARD found TONI KROOS who shot through the ball with deflection into the net.


From here until the end of the game Real Madrid looked to seal things with a second goal that did not come. They tried, 22 attempts at goal & hit a cross bar from Hazard, this basically summed up the Real Madrid night. Not being able to shut things allowed Galatasaray to attempt the draw & they had their occasions to do just this while Real Madrid was at times risking.

In the end a vital victory away, a sigh of relief for Zidane & more breathing space for Real Madrid to fine tune their goal opportunities & their overall game.

Review by AllTheBestFights.com: 2022-06-25, some good single shots but it is not enough to get three stars: the mma fight Umar Nurmagomedov vs...
Read more
Load more