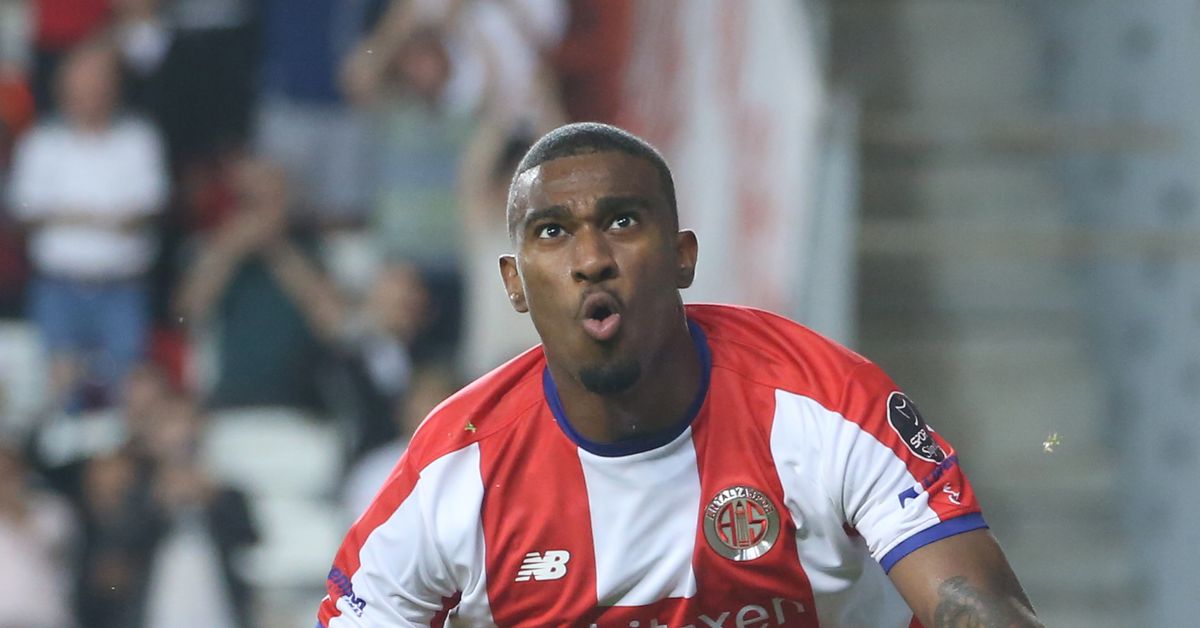 A hot streak can happen at the most opportune time. With the United States Men’s National Team in need of an in-form striker, Gregg Berhalter reportedly plans to invite Haji Wright to an upcoming camp, describing him as a “Different player” since his last call-up. The 24-year-old striker has been on a tear with Antalyaspor in the Turkish Süper Lig. Several years into his professional career, he appears to be displaying the talent that first marked him as a potential star.

Born in Los Angeles, Wright played with the LA Galaxy Academy and was a member of the now-defunct US Soccer Residency Program. Have trained with Fulham and Schalke but lacked an EU passport to facilitate a move. In a shock twist, the New York Cosmos of the now-defunct North American Soccer League signed the “youth international star.” The attacker split time between the senior and reserve teams, having the opportunity to train with celebrated striker Raúl, who taught him “movement, how to hit the ball, [and] so many things. ”

The young prospect received a lot of attention and was considered a potential star. “For his age, he has a pretty high level combination of technique and athleticism,” said former Galaxy Academy Director Peter Vagenas. “He’s a player that obviously exudes a lot of confidence. If Haji puts himself in the right day-to-day environment and situation, I think he has a very good chance to [debut with the senior team when he’s 19 or 20 and be an impact player]. ”

After departing the Cosmos, Wright sought that high-level environment and moved to Germany, signing a four-year contract with Schalke. His tenure at the club started well, emerging as a consistent scorer with the U-19 squad. He described the adjustment as “hard” but picked up the language quickly and made the first-team bench for the last match of the 2016-17 season.

On a “very good path,” Wright wash sent on loan to SV Sandhausen in the 2. Bundesliga. He started strongly by scoring in his debut against Dynamo Dresden, but that would be his only finish in 15 appearances. The club used him in a mere three matches after November, struggles that included a “torn muscle fiber” injury.

The next summer, Union Berlin took him on trial, but the striker ultimately stayed at Schalke. Wright played in seven Bundesliga matches and scored once for The royal blues, finding the back of the net against Bayer Leverkusen, assisted by Weston McKennie. He was significantly more productive with the reserves, contributing 14 goals and five assists.

In July of 2019, Wright moved to Eredivisie side VVV-Venlo on a free transfer, choosing the Netherlands over reported interest from 1860 Munich. The club signed him to a one-year deal with the option for an additional season. He made 23 appearances, registering one goal and one assist, but his contract was not extended.

With two European departments under his belt, observers began to question whether a return to the friendlier confines of Major League Soccer would be necessary. In need of consistency and at a career crossroads, Wright took what some considered a step down by joining SønderjyskE on a free transfer. He established himself as one of the top attackers in Denmark with 13 goals in 36 matches, the first truly productive spell of his career. Clubs were interested in securing his services, with Swedish side Malmo and Spezia of Serie A reportedly making offers.

Seeking to take advantage of his success, Wright attempted to engineer a move from SønderjyskE and reportedly skipped preseason training. He was loaned to Antalyaspor in Turkey, while also signing a contract extension in Denmark through June of 2024. The club was excited to bring the “young and strong” player into the fold, confident that the beautiful Mediterranean coastal city of Antalya would convince him to stay long-term.

Wright’s tenure opened productively, grabbing an early hat trick against Caykur Rizespor and another finish versus Beşiktaş. He then went cold for several months, only scoring twice. A back muscle injury kept him off the field for three weeks, but the young American urged supporters to keep faith.

Something changed in March, launching him to eighth on the league’s scoring chart and carrying his club from the relegation zone into the mid-table. In the last eight fixtures, the Californian has registered eight goals, an eclectic variety of finishes. Antalyaspor reportedly has a 1.5 million euro option-to-buy and is negotiating to make the deal permanent, although there may be some competition from Galatasaray. Several years since joining Schalke, he is finally scoring consistently in a respected first-division league, with his form also drawing the interest of several international managers.

Wright is eligible to represent Liberia, Ghana, and the United States, with all three reportedly pursuing his commitment. Have wash a star for the latter nation at the youth level, scoring 27 times in 34 appearances for the U-17s, helping win the 2013 Nike International Friendlies. The attacker played in all three matches at the 2015 U-17 World Cup, a run that ended in the group stage. His last call-up was with the U-23 side in 2019, but former player and ESPN commentator Herculez Gomez recently made an impassioned case for inclusion due to a “penchant for scoring goals” and “crazy intangibles.”

Described as a “bag of surprises,” the 6’3 “attacker possesses “Pace on and off the ball, no weaker foot, [good dribbling], and a threat on goal. ” His strength and technique have impressed observers in Turkey, quickly adapting to the physical league. Wright holds off defenders, maintains possession, and draws fouls at an impressive rate, providing the USMNT with another target striker option who can finish at close range and from distance.

“He’s scoring at a better rate than some really big names in Turkey,” said analyst Joe Lowery on the Total Soccer Show. “He’s right-footed. He’s tall. He’s pretty strong physically… In terms of where he stays on the field, he likes to stay high. He likes to lead the line. He’s not going to drop in. He’s not really someone you would want to do a ton of midfield combination play. He likes to play with his back to goal, and the other thing he likes to do is run in behind… He’s not the quickest in tight spaces… but when he gets going, he has some good straight-line speed with those long legs. ”

An upcoming call-up would be well-deserved for Wright, who has strung together consistent scoring in Turkey. While the striker was absent for the entirety of qualifying, his current success is almost impossible to ignore. If able to bring his club form over to the international level, he may secure a ticket to the 2022 World Cup, benefitting from superb timing.

I just wanted to direct you all to this considerate article by Rod Morri over at Golf Australia: Golf. A Rich Person's...
Read more
Sports

Killer Kross has been announced as one of the first entrants for MLW Battle Riot IV.Killer Kross made his Major League Wrestling return...
Read more
MLB

Since this weekend will be the second time the NASCAR Cup Series has held the NASCAR All-Star Race and Open at Fort Worth's...
Read more
Load more