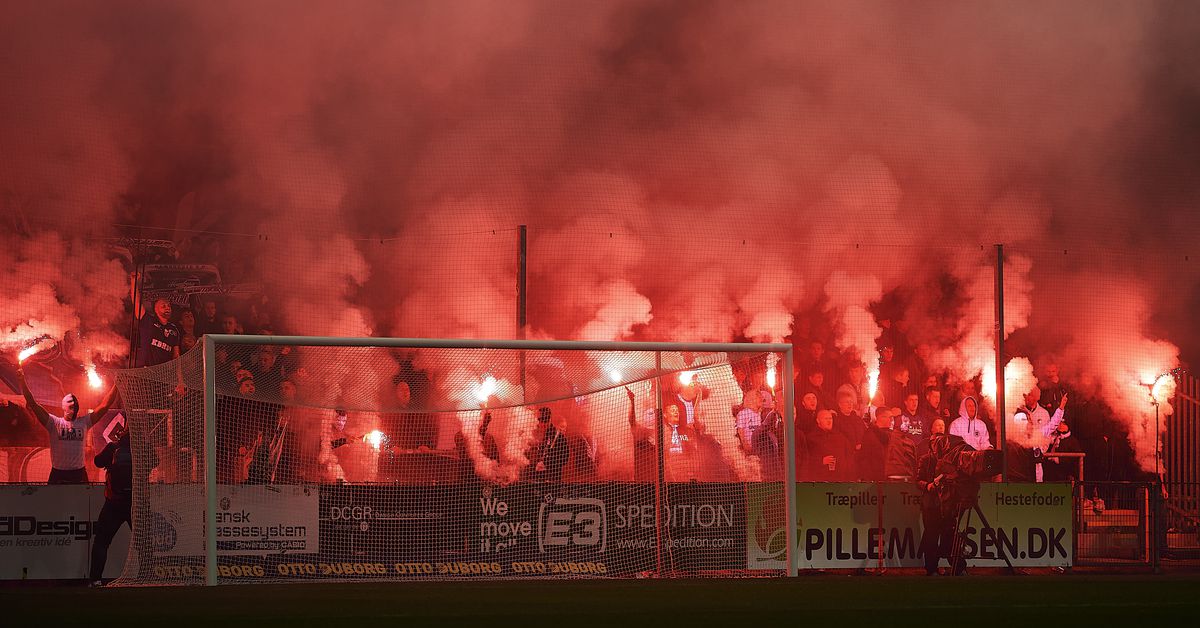 For a true footballing nation, the need exists for a strong and thriving second division. In a country as vast as the United States, a single league cannot cover enough distance or provide suitable opportunities to develop players. Jose Gallegos is a recent product of the USL Championship, making his way through the youth set-up and first team of San Antonio FC. The 20-year-old midfielder recently joined SønderjyskE and should make an immediate impact in the Danish Superliga.

After joining the San Antonio FC Elite Training Program, he signed an amateur contract with the USL Championship club that would “Allow him to play in competitive matches without potentially jeopardizing future college eligibility.” Gallegos made 16 appearances in his first season. His debut goal came in a 3-2 comeback win over Reno FC, earning Team of the Week honors for his game-winning effort.

Despite committing to attend North Carolina State University, the club signed “Arguably the top talent from outside the Development Academy” to a multi-year professional contract. “I would not say it was an easy decision, as well, because you’re passing up on an opportunity,” Gallegos told American Soccer Now. “We came to the conclusion that this was the best for the situation I was in and for my future… The overall goal is to go to Europe, but I felt that I would stay local for a bit, work hard here, and see what the future holds.

The next season, he played in 17 matches during the COVID-shortened schedule, registering two goals and three assists. The league listed him as a finalist for the Young Player of the Year award after leading the team in chance creation and completed dribbles. Teammates and coaches praised his ability to “change games,” while noting his rapid progress and “bright future ahead.”

During the offseason, Gallegos trained with Bayern Munichwith the German giants evaluating him over a two-week period “For a possible transfer.” He then traveled to Spain for a stint at Barcelona. “I think the whole experience was surreal,” the prospect shared with Kens 5. “Being at that high level, I’ve seen the highest level and been in that environment, so like I said it’s an extra boost for me to know I can get there someday.”

After returning from Europe and overcoming a lower body injury, Gallegos took a strong step forward making 32 appearances during the 2021 season. He contributed seven goals and five assists as the club reached the Western Conference Final. His standout performance came in a July fixture with New Mexico United, scoring and setting up a pair of finishes in the 3-0 victory. The midfielder was once again nominated for Young Player of the Year and named to the All-League Second Team, leading the USL Championship in completed dribbles and, more impressively, improving his defensive work rate by winning the third-most duels.

Last month, Gallegos moved to SønderjyskE Fodbold in the Danish Superliga, turning down offers from Major League Soccer out of a desire to test himself in Europe. He signed a contract through the summer of 2026. “Jose is a young player with huge potential, which we have had a good eye on for a long time, and which we have scouted intensively for the last six months,” said sporting director Esben Hansen. “He has impressed in USL during this period, and we are extremely happy that he has signed a long agreement.”

Gallegos began appearing in friendlies and receiving attention from Danish media as an exciting talent to watch. Management is unsure of how he will adjust to the new environment but made a “a bit of an investment” to acquire him. His new club is in a precarious position at 11th in the 12-team table, looking to spend the rest of the season in a relegation battle. SønderjyskE returns from the winter break on February 18th with a match against Aarhus Gymnastikforening.

At the international level, Gallegos is eligible to represent the United States and Mexico but has yet to appear for either program. After a standout performance in a preseason friendly against FC Dallasthe dual-national was invited to the U-20 camp in March of 2020 that would have featured matches against Portugal and France. Have would “Accept any opportunity” to join either nation.

“[Receiving a call-up] was massive for me because I had never even been called up to any camps for the national team, ”he told The Insight Pod. “So to be called to a camp in Portugal was just insane. Obviously the whole pandemic came up, so I ended up just staying here [in San Antonio], but who knows? Maybe in the future something happens with that…. I’d probably lean towards the US, I think, because I’m more familiar with some of the players in that national team. ”

Gallegos is a versatile midfielder, capable of playing at any of the interior or exterior positions, but his preference is for the ten or the room for creativity allowed by the wings. The hardworking attacker has “Great skills in offensive one-on-one situations,” constantly trying to beat defenders off the dribble and thriving “In tight spaces.” Most goals come from his right foot, taking the time to control the ball and measure a low, driven shot, although there is the occasional superlative effort.

José Gallegos with a phenomenal Vaseline at the San Antonio FC. Sixth goal of the season for the Mexico-stadium. pic.twitter.com/i01CeSn4gj

“[Gallegos] is a good dribbler in open space and under pressure between the lines, really skillful, ”wrote Eduardo Terán in a comprehensive scouting report for It Is Futbol. “He can change direction thanks to his [low center of gravity]… Playing as AMF, Gallegos has to create danger and deliver end product… thats why he is taking risks constantly in the final third… [He] still needs to develop his IQ and decision making with and without the ball, and that is going to depend on which position he will play the next couple of years… but he needs to develop anticipation to recover more balls and increase his stamina. ”

After initial trials at Bayern and Barcelona, ​​moving to SønderjyskE and signing a long-term contract was a curious decision. Gallegos has gained entry into European football, taking a smaller step before jumping into a big club environment. Only three years into his professional career, he should develop and gain more experience in unfamiliar confines. If his adjustment goes smoothly and production follows, then his career should flourish while Mexico and the USMNT increase their recruitment of the midfielder.