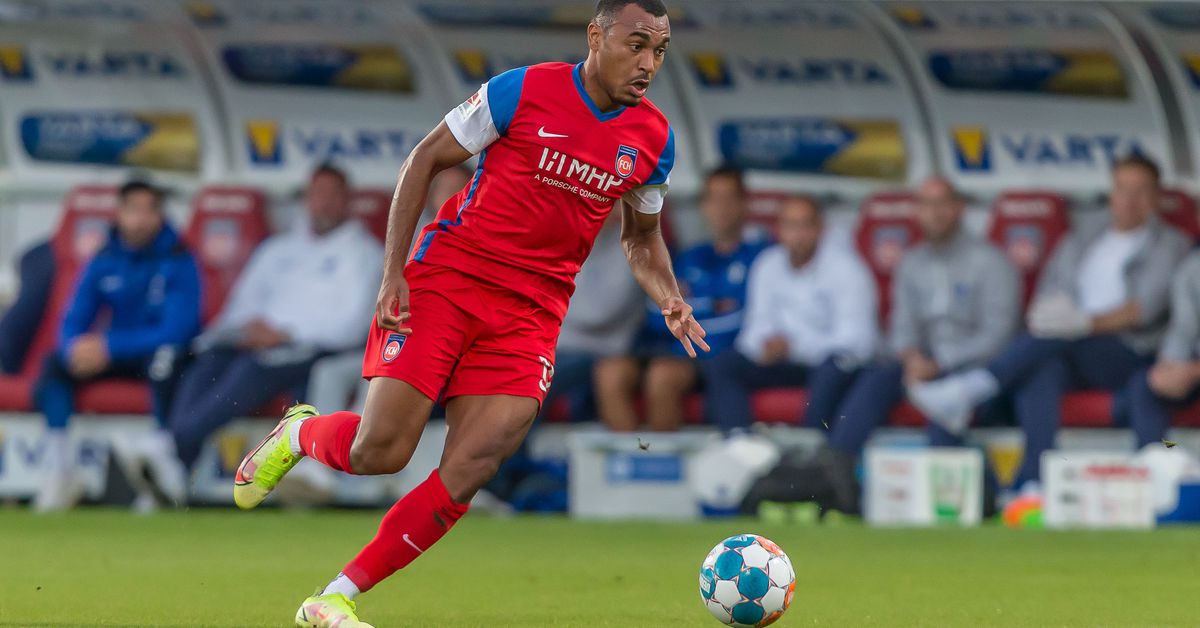 Many professional players experienced consistent success during their youth, outperforming their peers and earning their way to the senior level. How they adapt to struggles and dry spells during their careers will likely determine their overall standing in the sport. Dual-national attacker Maurice Malone went seven months without scoring while on loan at 1. FC Heidenheim. In April, the 21-year-old German-American registered his first two goals of the season, perhaps signifying a new step in his development.

Born in Augsburg to an American serviceman father and German mother, Malone began playing with TSV Kriegshaber and joined the academy of the city’s biggest club in 2008. He progressed upward, claiming top scorer at the U-17 level in 2016 with 24 goals in 26 fixtures, including four in a single match against SV Sandhausen. The next year, the attacker debuted for the reserves, finding the net four times in five appearances, while also helping claim the prestigious Inselcup.

Despite a torrid scoring rate at the U-23 level and a few sporadic inclusions on the first-team bench, his debut would have to wait. Malone was instead sent on a season-long loan to SV Wehen Wiesbaden in the 3. Liga with the intention of placing a gradual step in his development. He adapted well to the professional game, contributing a balanced 12 goals and nine assists in 35 appearances, at one point taking part in 76% of the club’s attacks.

At the beginning of the current season, Malone earned his first minutes for Augsburg, playing 13 minutes in the first round of the DFB-Pokal against fifth-tier side Greifswalder FC. After the debut, he was once again sent out on loan, this time to 1.FC Heidenheim of the 2. Bundesliga. “I see the opportunity to take the next step in my football career,” the new signing said at the end of the summer window. “I want to assert myself at this level and be as successful as possible.”

The adaptation has been a little slower and perhaps the biggest challenge of his young career, while also dealing with the bad luck that sometimes befalls strikers. Despite being a rotational member of the starting lineup, he appeared to struggle while adjusting to “the pace and individual class” of the league, in which there is also an increased focus on possession. A positive COVID-19 test in January, amid a team-wide outbreakcreated further issues.

Malone finally broke through early last month in a 3-1 victory against Nuremberg. He scored what was ultimately the match-winning goal in the 36th minute. The attacker pressured the defender and eventually latched onto a loose ball in the box, easily outpacing the defender and goalkeeper before finishing under the latter’s outstretched arms.

“It was really cool today, also for me personally to score again after a long time,” Malone told the club’s official website. “I had almost forgotten the feeling. The ball then went through the goalkeeper’s legs and that little bit of luck, which may have been a bit lacking lately, was there today. Nuremberg’s full-back played a lot on the offensive, which is why I had to go a lot on the defensive. The fact that I’m then rewarded with the goal at the front is of course all the better. ”

Perhaps finding consistent form, he scored again last weekend in a 3-1 loss to Fortuna Düsseldorf to close out April. At the end of the first half, he ran across the width of the field to receive a throw-in. After holding possession while eluding three opposing defenders, his cross missed the head of a teammate but put the goalkeeper on the wrong foot, with the ball landing in the back of the net.

Malone is under contract with Augsburg until the summer of 2024, and the club views him as “capable of being a permanent squad member and playing in the Bundesliga in the coming years.” As Fuggerstädter is set to stay in the top division, he should be due for another loan next season. Ideally, the attacker will continue progressing and build on a solid end to his tenure with Heidenheim.

At the international level, Malone is eligible to represent the USMNT and Germany. Have received several youth call-ups to his birth nation. The attacker appeared at the 2017 UEFA European Under-17 Championship and U-17 World Cup, reaching the semifinal and quarterfinal rounds, respectively. His last inclusion was in 2018 for the U-19 team.

Malone is a 6’2 ”attacker who can play at winger and striker, “characterized by both his speed and technique” and “can be used offensively in a variety of ways” with “a strong shot at goal.” His left foot is described as a “weapon,” with the trademark move of pulling in from the outside and flicking [the ball] to the far corner. ” Coaches praised his ability to make “deep runs” and stretch the back line. His height allows him to challenge for crosses, able to beat defenders both on the ground and in the air.

Malone is still at the beginning of his career, attempting to work his way up to the Augsburg first team. While he has only appeared for Germany at the youth level, his international future remains uncommitted. The 21-year-old attacker’s productive history makes him an intriguing prospect, especially if replicated during future Bundesliga seasons.

When the Ravens loaded up on tight ends with a double-dip in the 2022 NFL Draft, it was an obvious signal that they...
Read more
SOCCER

By James M. Dorsey To watch a video version of this story on YouTube please click here. A podcast version is available on ...
Read more
Sports

They often say the key to golf is consistency, and that is something Johanna Gustavsson has made the most of at the start...
Read more
Load more