State of the NFC East: New York Giants have a GM, Washington needs a QB 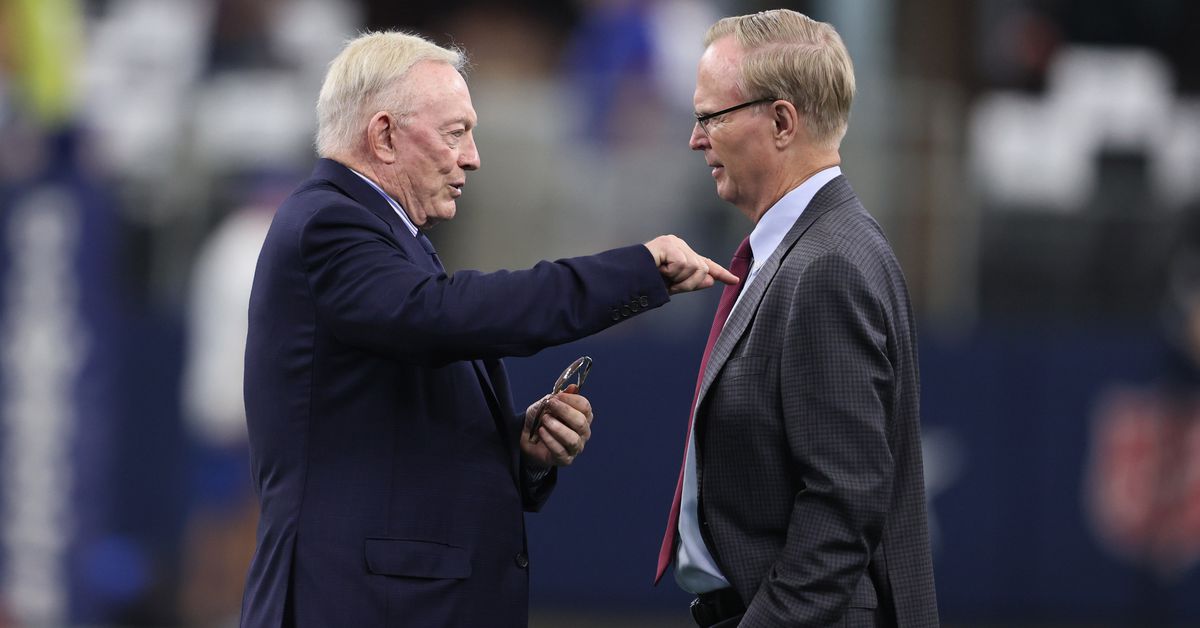 There are four teams left in the current NFL season and on Sunday they will be cut in half as the field for Super Bowl LVI will finally be set. Whether it is the Cincinnati Bengals, Kansas City Chiefs, San Francisco 49ersor Los Angeles Rams remains to be seen, we all have our thoughts on who we want it to be.

Elsewhere there are four teams of interest to us in the Dallas Cowboys, Philadelphia Eagles, New York Giantsand Washington Football Team. WFT will actually have a new name this time next week which is something that there has been a lot of build up towards, but for now we do have a new notable person within the division to discuss.

Every week Brandon Lee Gowton from Bleeding Green Nation and I get together to talk about the state of the division on the NFC East Mixtape. This is one of the most unique podcasts across SB Nation as it is accessible on both the BTB and BGN podcast networks as well as Hogs Haven and Big Blue View. We touch every sector of the division. Make sure to subscribe to the Blogging The Boys podcast network so you do not miss it or any of our shows. Apple devices can subscribe here and Spotify users can subscribe here.

As noted the NFC East saw a new face join its ranks recently. Let’s check in on how each of our rivals are doing as the offseason rolls on.

The Eagles saw their season end on the same day that we did so they have accomplished just as much – not a ton.

From our friends at Bleeding Green Nation:

Such speculation has only intensified – after already existing as an undercurrent for years – following the somewhat surprising news that the New Orleans Saints head coach is stepping away from the NFL.

For now, at least.

With Payton still under contract with the Saints through 2024, the Cowboys cannot instantly hire him to replace Mike McCarthy. But it’s not difficult to envision Payton taking the Bruce Arians path in terms of getting paid as a TV analyst for a year (or two) before returning to coaching in a new NFL city. It’s also not difficult to envision Dallas being eager to move on from McCarthy after he inevitably holds them back in the playoffs (assuming they make it there) once again.

The Cowboys eventually replacing McCarthy with Payton would not be an ideal development for the Philadelphia Eagles. With a career 159-89 record under his belt, there’s some evidence to suggest he’s a good coach. I mean, he almost had the Saints in the playoffs this year despite the fact they were starting the combination of Jameis Winston, Taysom Hill, Trevor Siemian, and Ian Book at quarterback.

It should say something that Eagles fans would be highly nervous about Payton taking over for McCarthy.

We’ll see if that ever comes into play.

This offseason is seemingly all about one thing for the Football Team, besides their upcoming re-brand as noted, and that is finding a franchise quarterback.

Just who winds up taking the reins in our nation’s capital is something that we will all be highly interested to see. Washington could go the path of veteran free agent again or try to land one of this year’s top rookie options. But what if they went down a third path?

Interesting nugget on @john_keim‘s latest pod: Washington tried trading up for Justin Fields last year, but asking price was “too high” (narrator’s note: no such thing if he’s the guy)

It was the Chicago Bears who traded up to number 11 overall last year to draft Ohio State quarterback Justin Fields. On an older episode of the Mixtape, BLG and I discussed a hypothetical where the Football Team did not win the NFC East in 2020 and where the Giants did. This would have put Washington in the territory that New York was at during the draft that followed which would have had them in position to draft Fields themselves outright.

Justin Fields is still a young player, but he hardly impressed during his rookie season. Besides the fact that Chicago (with a new general manager and head coach) would likely be unwilling to part from him as soon as it does not seem exactly like it would be wise for the Football Team to deal for him.

The newest face in the NFC East will call East Rutherford home as the New York Giants officially chose Joe Schoen to be their new general manager.

Schoen joins the Giants fresh off of working for the Buffalo Bills and honestly that is disappointing news from a Dallas Cowboys perspective. He was part of the brain trust that developed Buffalo into the talented roster that it currently is – including the selection of quarterback Josh Allen – and what’s more is as an external candidate his hiring shows that the Giants are not content with just keeping things the way that they have been for so long (which has been a lot of fun for us!).

Schoen will have a lot of work to do and likely among his top priorities this season are deciding whether or not the team is going to pick up Daniel Jones’ fifth-year option and figuring out what to do with Saquon Barkley since the organization already picked his up.

Things are changing with the Giants. Drat.

McGill University has announced the opening of a new international artificial intelligence (AI) laboratory in Montreal, confirming the city's status as a leader...
Read more
SOCCER