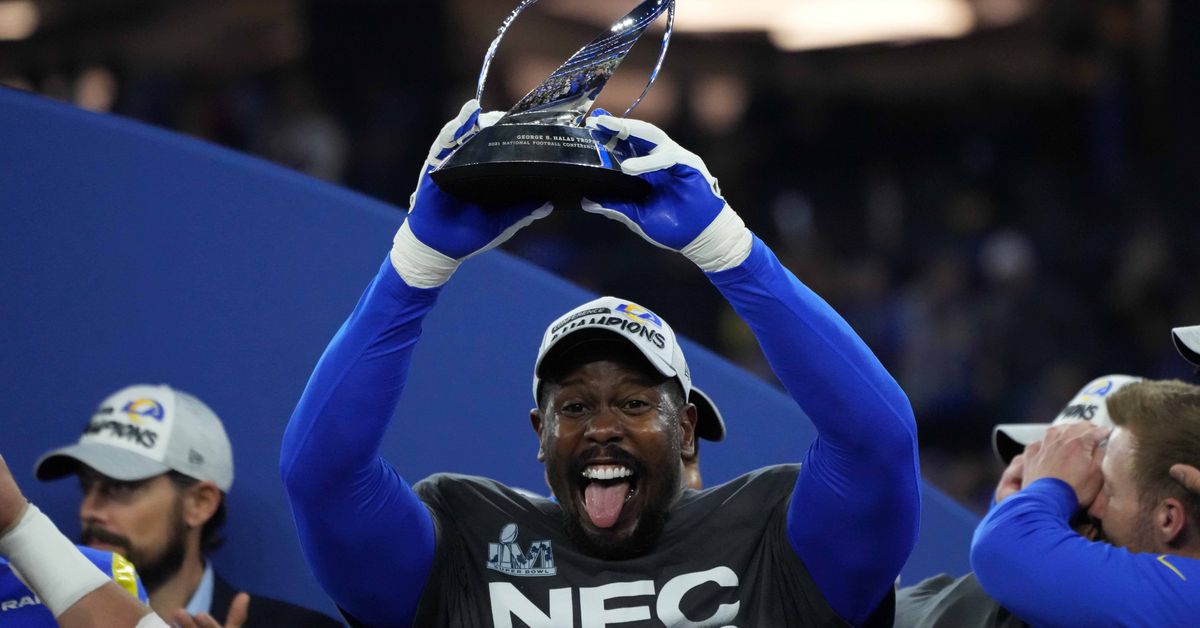 Given the landscape of the AFC, we got the best possible outcome for Super Bowl LVI. The Cincinnati Bengals shocked the world by beating the Kansas City Chiefs on the road, while former Denver Broncos GOAT Von Miller will be playing on the other side with the Los Angeles Rams.

Below I preview the Super Bowl and all betting odds come from our partners at DraftKings Sportsbook.

For me, this game is going to be all about rooting for Von Miller. He has been such a powerful figure for the Broncos and is easily on their Mt. Rushmore of all-time greats for the type of career he has had here. We did not cover Miller’s comments about Denver this week, but he was reminiscent of his time here during the Super Bowl media days.

“It means everything, man,” Miller said Monday. “It’ll always be love. I’ll always have orange and blue in my blood. I’ll always be a Colorado. I spent 10-and-a-half years there, a third of my life. My son was born there. [I] did so much with the Denver Broncos. So many of my close brothers still play for the team and I watched these guys grow up and I watched these guys develop. I played with guys before them, spent eight years and nine years and seven years with all those other guys. I got to see Peyton Manning – and John Elway was my boss. Just so many great things about Denver, man. ”

Miller will be a free agent again in March, but who knows what the future will hold. It is unlikely Von will return, except for that moment when he signs a one-day contract to retire a Bronco.

“To still have the support from the city is amazing,” Miller said. “I did not want to leave. It was not me that wanted to leave. I got traded. If it was up to me, I’d still be in Denver trying to figure it out. That’s just how I am, that’s how I’m built. It feels good for the city to understand that and for them to know that this was not my choice. I always wanted to be a Denver Bronco forever, and I’ll always be a Denver Bronco forever. I’m just here working in LA right now. ”

For all of the reasons Von stated, I will be rooting for the Rams like I have been a lifelong Rams fan. It’ll be a tough matchup as these Bengals seem to have a knack for hanging around and Joe Burrow has been clutch late all postseason. Even so, I think Von Miller and Aaron Donald will play a big factor late in this Super Bowl to secure the title.

What are your predictions for Super Bowl LVI this weekend? Let us know in the comments below.

It was a baptism of fire for Ireland's latest pro. Sinead Babington was not given a warm welcome to the paid ranks, suffering...
Read more
MLB

Rushing QBs and Their Impact on RBs in Fantasy

Editor's Note: Now, all our premium tools for Fantasy, DFS and Betting are included in one subscription at one low price. Customers...
Read more
Load more