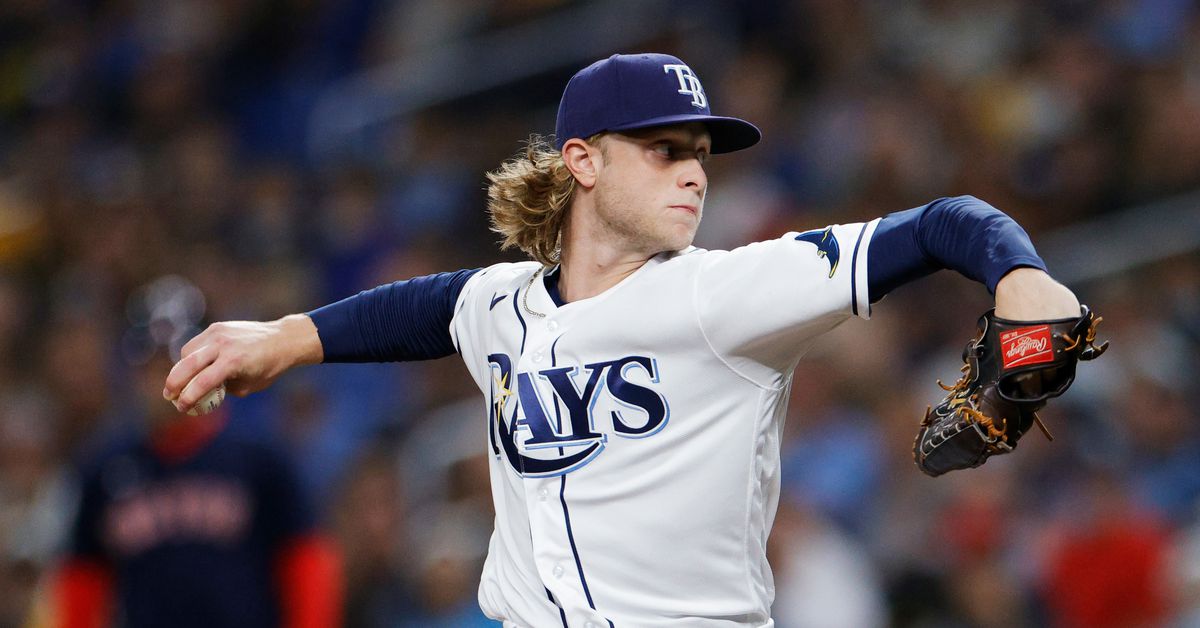 For the past two years the Tampa Bay Rays have had a dominant hold on the number one spot in terms of prospect rankings. Wander Franco was the guy, the one player every prospect writer unanimously agreed would be baseball’s next wunderkind, and live up to minor league expectation.

So far, they’ve been right. With the Rays putting so much trust in Franco’s early legend that they traded away fan-favorite shortstop Willy Adames mid-season, it seems that their hopes were well-pinned. Franco continued to be a dominant force even at the major league level, and tallied up a 43-game on base streak to tie for history while he was at it.

The Franco era is just beginning, but with his arrival at the major league level, it was time for a new non-Ray to be crowned the number one prospect in baseball, and according to Keith Law’s annual top 100 list, that player is Orioles ‘catcher Adley Rutschman. That does not mean the Rays are lacking for representation on the list, however. Let’s take a gander at where Law has slated some other Rays’ up-and-comers.

(As with previous years, the article we’re pulling from is behind The Athletic‘s paywall. We will quote sparingly, but recommend reading the entire piece, which can be found here.)

Although Baz not only pitched for the Rays in the regular season, and made a postseason start, Baz did not exceed his rookie limitations, and technically remains a prospect. As such, he has the added benefit of having shown what he can do at a major league level, and climbed from 69 to 7 overall on Law’s list.

Of the right-handed pitcher Law says, “His slider is a wipeout pitch, a grade 70 offering at its best, and his curveball has become an above-average or better weapon as well; major-league hitters had trouble with both pitches, and they both have strong spin rates. He barely used his changeup in the big leagues but has a solid / average one for a real four-pitch mix. ” Law seems to genuinely believe that Baz has what it takes to keep batters guessing and could very well be a future number one starter in the rotation.

Josh Lowe has made a solid climb up Law’s list, going from 59 to 21. Law speaks highly of Lowe’s varied skill-sets and notes that while he was originally an infielder, he’s shown quite a bit of “above-average” promise in centerfield , a turning point in his profile.

Law is practically optimistic in terms of the kind of batter Josh Lowe could become, saying, “He has 20 homer / 20 steal potential, along with the patience to post OBPs above .350, which would make him at least an above-average regular wherever he plays. ”

It feels like we’ve been hearing the name Vidal Bruján for years at this point, and that’s because it’s his fourth consecutive season hitting the Top 100 at 24-years old. However on this year’s list he has slipped a tiny bit, dropping from 35 to 39 in Law’s ranking.

Much like his estimate of Lowe, Law sees potential for Bruján in centerfield, at least part time, where his incredible speed would make a more significant impact. For those who are keeping an eye on potential Kevin Kiermaier trades, it’s worth noting how many of these young players have the ability to slot into a centerfield position.

Law also believes that this will be the year we finally see Bruján get to the majors. “He could be in the lineup right now for at least two positions for just about any club, and a threat to steal 50 bases in his peak years.”

Here’s a new Ray for Law’s list, and making his debut just under the top 50, no less. The 21-year-old righty earned high marks from Law, who says, “His delivery works, keeping him online to the plate, with deception from a high 3/4 slot and a short arm action he repeats well. His command and control have both jumped since 2019. ”

While he’s not a flame-thrower, his pitch mix and his general physical improvements over the past few seasons in the minor have given every indication that Bradley had the skillset to be a quality starter.

Another new entry onto the list, Law likes what he sees in the 21-year-old who managed to lead the minors last year in doubles with an impressive 38 between three levels of play.

Law notes that the Rays have been playing around with Mead at various infield positions but it seems most likely that he’ll find a landing spot at third. In terms of his performance at the plate, Law notes, “He hits the ball hard to all fields, with his power more the line-drive sort than big home run power for now.” In everyday play in the majors Law predicts plenty of extra-base hits for the infielder.

Obviously, as with all rankings and predictions, there’s no way to know how these players will pan out at the major league level, but the Rays have proven time and time again to have a keen eye for prospect talent, and the right people to properly develop that talent.

As for the just missed section, 2B Xavier Edwards was profiled after being a conspicuous absence on this year’s list from Law, as he’d ranked No. 52 overall in 2021.

In explanation, Law notes that Edwards’s player comp. has emerged as a player Law has not viewed as worthy of Top-100 consideration writing, “If you think Nick Madrigal was a top 100 prospect – I did not, for the record, and I stand by that – then Edwards would be one as well, because he hits the ball a bit harder than Madrigal does, and is younger, and a better defender at second. ”

Rookies to Watch and Potential Landmines Nolan Gorman-Cardinals-3B Nolan Gorman is going to be called up for his major league debut tomorrow against the Pirates....
Read more
NFL