Home Travel The best things to do in San Juan
Travel

The best things to do in San Juan 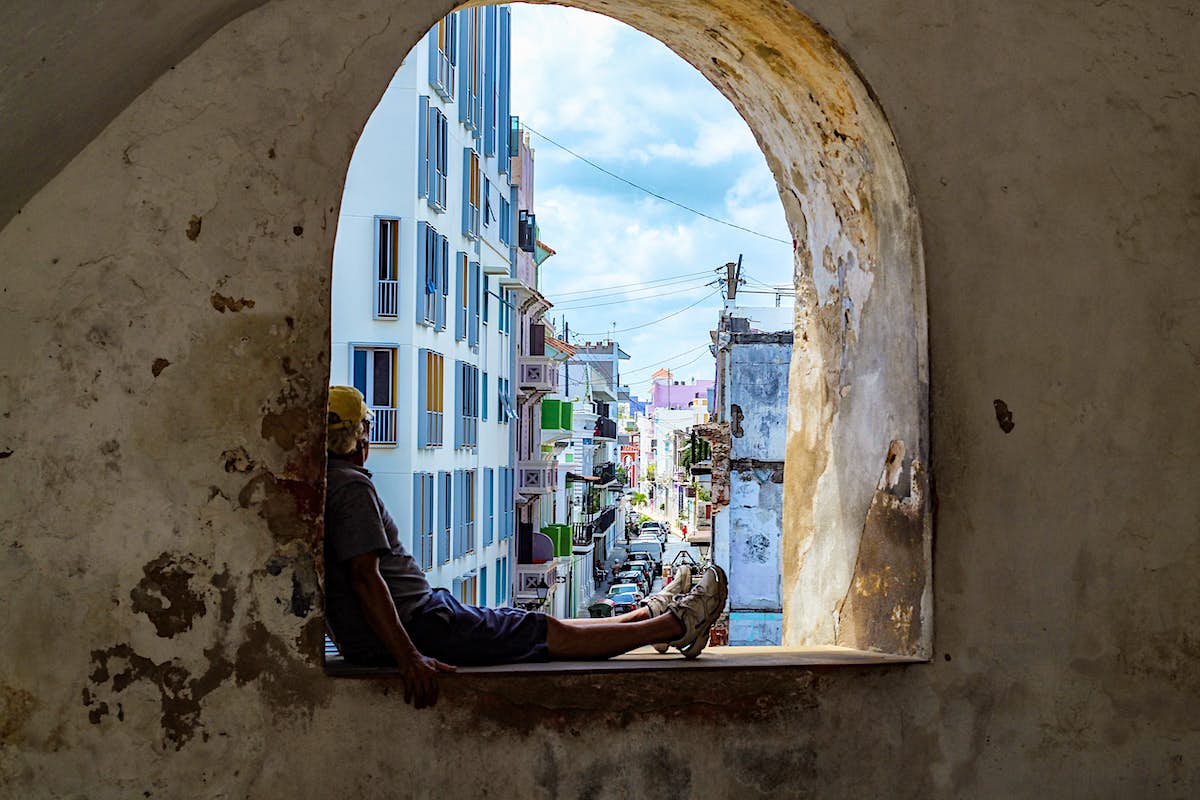 Lonely Planet has partnered with San Juan-based travel community Platea to provide comprehensive guides, curated lists and insider tips for your next trip to Puerto Rico.

With streets first cobbled in the era of Cervantes and neighborhoods that bustle with contemporary life, the Puerto Rican capital of San Juan seamlessly weaves together the historic and the modern.

Channeling an “all-things local” philosophy, San Juan’s emerging entrepreneurs and trendsetters are riding a wave of creativity. Across the city, bars and clubs rock to the sound of salsa, reggaetón and Latin trap as mixologists craft innovative cocktails from fresh local produce.

Exploring the city’s prized landmarks is just the beginning. Many of San Juan’s signature experiences involve simply falling into the daily rituals of the city’s distinctive neighborhoods. Here’s our list of the top things to do in San Juan.

Small but perfectly formed, Old san juan is a historical repository of beautifully preserved colonnaded buildings, historic plazas and streets cobbled with ballast from Spanish galleons. Walls from the 16th century enclose a seven-by-seven grid of streets that brim with flower-filled patios, eclectic boutiques, contemporary art galleries and a handful of engaging museums.

Two strategically positioned fortresses – built by the Spanish to thwart buccaneering Brits and Danes – guard the bay like giant sandcastles plucked straight from a child’s picture book. A surfeit of architectural showpieces includes the venerable Gothic-style Cathedral of San Juan Bautistabuilt in 1540, and the palatial fort of La fortalezathe eye-catching official residence of Puerto Rico’s governor.

Get more travel inspiration, tips and exclusive offers sent straight to your inbox with our weekly newsletter.

Over the past five years, San Juan has been in the throes of a renaissance.

In the wake of 2017’s devastating Hurricane María, the city’s palpable spirit of resilience and recovery will reach a dazzling crescendo in June 2022 when the city celebrates its 500th anniversary. As part of the event, the San Juan Museum is presenting two exhibits that trace the island’s history and art and a two-hour walking tour of Old San Juan.

The outstanding Museo de las Américas stands as a testament to the historical importance of the second-oldest European settlement in the New World (only Santo Domingo in the Dominican Republic is older). Evocatively housed in former military barracks, the museum’s well-curated displays chronicle the island’s rich African heritage, indigenous culture and tumultuous colonial period in thought-provoking ways.

Built over the span of two centuries to repel Puerto Rico’s seaborne aggressors, El morro – the city’s crown jewel – kept the Spanish flag flying over San Juan for almost 400 years until American troops poured into the city in 1898.

Majestically rising above the northwestern point of the Old San Juan peninsula, this 16th-century site became a national monument in 1961. El Morro towers 140ft (43m) above the Atlantic Ocean and forms a fascinating labyrinth of dungeons, vaults, barracks, turrets, lookouts and secret passageways. Ringed by walls that top 45ft (14m) in places, these fortifications came close to bankrupting the Spanish crown, which funded their construction.

On weekends, local families flock to the fort’s grassy promenade to picnic, walk their dogs and fly kites – you can pick one up from the vendors in front of the site.

One of San Juan’s must-visit cocktail bars, The Factory rejuvenated the city’s bar scene when it opened in 2013. Now La Factoría is an international phenomenon, thanks in no small part to the iconic reggaetón hit “Despacito.” Graffiti-etched passageways link to a chic lounge, a sultry wine bar and a salsa dance floor.

The common theme is terrific music and virtuoso mixology. A house favorite is the Lavender Mule, a potent combination of house-made ginger beer and lavender-infused syrup.

There’s plenty on the menu to satisfy vegetarians, pescatarians and meat lovers alike. Try the succulent jumbo shrimp drizzled with a garlic cream sauce or the sashimi-grade ahi tuna skewers that are perfectly spiced.

The signature trifongo adds yucca and sweet plantains to the traditional mofongo recipe (fried green plantains mashed with meat or seafood) and is one of the best items on the menu. Farm-to-table roasted cauliflower and butternut squash come served atop feta cheese labneh and almonds.

At the sleek bar, mixologists craft tropical libations and inspired interpretations of classic cocktails – local favorites are the Sandía Mojito (made with watermelon) and the tequila-infused Espresso Martini.

Feel the city’s creative pulse at La Placita in Santurce

The revitalized neighborhood of Santurce bursts with color and creativity; the hub of this rapidly gentrifying barrio is La Placitaa historic farmers market by day and vibrant outdoor party by night.

Come evening, office workers swing by, groups of friends spill out onto the streets and families gather at the many bars and restaurants that surround the square. From 10pm onward, everything kicks up a notch, as musicians take to the makeshift stage and spirited salsa and perreo dancing takes hold. Invariably, the revelry continues until dawn.

Within walking distance of the historic plaza, you’ll find some of Puerto Rico’s most celebrated art museums. Housed in a beautiful neoclassical building, the Museo de Arte Puerto Rico contains over 4000 artworks spanning the 14th through 19th centuries. (The museum has a particularly strong collection of Pre-Raphaelite paintings).

The Contemporary Art Museum collection features 1200 Latin American, modern Caribbean and diaspora artworks from the mid-20th century to the present.

Surf and snorkel at Balneario Escambrón

Escambrón combines dramatic scenery with family-friendly recreation and amenities. Beautiful palm-shaded sands are protected by a coral reef which provides rewarding snorkeling opportunities at Escambrón’s namesake marine park. Snorkelers can float among schools of blue tangs and damsel fish that carouse magnificent brain coral. (For prime marine life viewing and visibility, aim for the western side of the conspicuous rock offshore.)

A short ferry and taxi ride from the main islet of Old San Juan is Casa Bacardíthe rum giant’s flagship factory and spiritual home since the Bacardi family fled from Cuba to Puerto Rico in 1936.

The largest of its kind in the world, the distillery produces a staggering 100,000 gallons of rum each day. The Bacardi Visitor Center (included with each tour) is a must-see – its “cathedral of rum” interior, designed to reflect a Cuban villa, houses an interactive history of both the company and rum that includes a film, audio guides and the opportunity to nose rum ingredients.

Bacardi offers two signature tours: a rum tasting tour ($ 75) and a mixology session ($ 75). Or simply enjoy a cocktail on the waterfront pavilion and views of El Morro with a bar visit ticket ($ 20).

The collaborative zeal and resilience of Loíza’s female entrepreneurs have defined the island’s recovery post – Hurricane María. In the space of several blocks, you can peruse the ocean-inspired dresses of former Allure editor and San Juan native Tanamá Besosa Castillo at T Playa; savor a robust courtesy made with locally produced beans at Café con Céand rejuvenate with a tropical-fruit smoothie at Kamoli Juice Bar.

Art is everywhere along Avenida de Diego and Calle Tapia. One of the area’s most emblematic artworks, Loíza Brinca by local artist Abéy Charrón enlivens an entire building with the Puerto Rican flag. On the corner of Loíza and Benitez Castaño, check out the bold, geometric mural by up-and-coming local design studio Kiik Create.

Head out of bustling San Juan to experience Puerto Rico’s dramatic topography on a day trip to the foot of the island’s highest mountain, Cerro de Punta.

Hacienda Pomarrosa is a family-run specialty coffee farm that operates daily tours of its plantation within peaceful, panoramic surroundings. Owner Kurt Legner and his son Sebastian guide visitors through the history of coffee (with tastings) and lead an informative walk around the vibrantly green coffee-growing areas.

The tour concludes by heading to the various production floors before rounding off with another exceptional brew. One coffee tour is offered daily Monday to Saturday from 11am to 1pm; advance reservations are required.

It's no secret how good Micah Parsons was in his first season with the Dallas Cowboys. But it's still shocking...
Read more
NHL