Home Sports NFL The Cowboys and Rams have many things in common, except for the...
SportsNFL

The Cowboys and Rams have many things in common, except for the most important thing 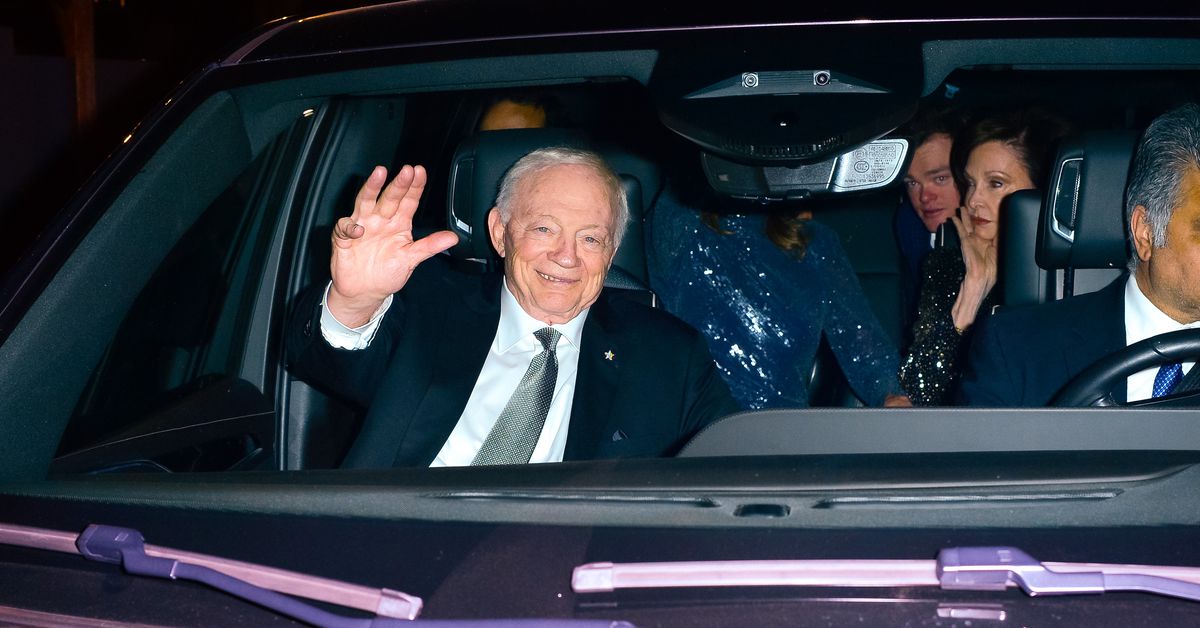 The Los Angeles Rams are Super Bowl Champions. On Sunday night the Rams earned the first title for their franchise since they last won it 22 years ago in 1999. If you have not done the math by now that means the Rams have won the Super Bowl twice since the Dallas Cowboys did (or even appeared in an NFC Championship Game) and have even done it as two different franchises located in two different cities.

By winning the Super Bowl in their home building of SoFi Stadium the Rams earned their third playoff win in the palace that they call home. It’s the franchise’s third victory within their favorite four walls which is an impressive achievement considering the building began NFL operation in 2020 (all three Rams wins happened this postseason, though).

Mark Lane and Sean Martin discussed how Super Bowl Weekend made us feel on the latest episode of Hidden Yardage, one of the newest shows on the Blogging The Boys podcast network. Make sure to subscribe to our network so you do not miss any of our shows. Apple devices can subscribe here and Spotify users can subscribe here.

The Dallas Cowboys have been playing in AT&T Stadium (Cowboys Stadium for a few years) since 2009 and have the exact same number of playoff wins in it as the Rams do at SoFi.

We are facing yet another offseason where the team is tasked with trying to put the pieces together in a way that will end all of this madness. It feels like fans are trapped in some awful timeline of sorts. Can the Dallas Cowboys pull themselves out of it? They might think so.

It is likely that when you talk to your friends or family about the Cowboys, and the subject of team-building comes up, you have heard the some version of “Jerry Jones will pay whoever it is to make it happen, he will throw all sorts of money at the big free agents. ”

We all know that this truly is not who the Cowboys are or who they have been for some time now. The last time that this organization threw “big money” at a player was Brandon Carr and that was a decade ago. All told this team is rather boring when it comes to the offseason acquisition period and elects to build primarily who through the draft.

Of course the Cowboys have had success in the draft to justify their process, namely in the first round. Consider the names taken by the team in the last 10 years:

On the surface this looks like an impressive list, but is it really? Claiborne was what he was and Travis Frederick was incredible before he retired. Zack Martin continues to be amazing, but the Cowboys could never figure out Byron Jones properly. The Zeke pick has had enough debate time spent on it and we are all in unison on Charlton. Vander Esch was promising for a season, but it all fell away quickly. Cooper more than justified the price that was paid for him and Lamb was the steal of the draft, but both had frustrating seasons in different senses. It goes without saying that Parsons is as perfect as things get in the here and now.

The reason this is all particularly interesting right now is because the Super Bowl Champion Los Angeles Rams built a team that saw confetti rain down on them without the involvement of numerous first-round picks considering they have traded most of them away in recent years (the last selection the Rams made in the first round was Jared Goff in 2016, they have literally only made one choice in the first round as the LA Rams this time around).

It’s the kind of wheeling and dealing present in the front office of the Rams’ headquarters that Jerry Jones seemingly thinks he has the tendency of when it comes to operating his football team. Jerry loves to talk about how he would do anything and / or make any move to better his team, but here we sit with the offseason now begun for the entire league and the Dallas Cowboys did not at all touch the nucleus of their coaching staff .

Change for the sake of change is not always a good thing so there is merit to the idea that the Cowboys should hold, think, and re-evaluate things when they are no longer caught up in the emotion of a season ending. But do we feel confident that they did that? Are we sure that plans for 2022 were made with a purely objective mindset focused solely on ending this circus? Or was running it all back just the most convenient thing in the very end?

Prior to last Thursday night’s NFL Honors ceremony, Jerry Jones was interviewed by the NFL Network and told the story that he often has about how he was born near the Los Angeles area. He talked about the palace that is SoFi Stadium, how great it was for the league to have the game going on, and how it was a tremendous festivity. If you’ve been watching NFL football for the last five years you know how much the “football is back in LA!” narrative has been driven.

Whether or not the Rams will ever be a team with a staunch home field advantage is a different thing, but they are basically who Jerry Jones envisions his team to be. They have a spectacle of a stadium, host all sorts of non-football events in it, are the talk of the league as far as success is concerned, and are viewed as the ultimate “all-in” franchise. They even announced that themselves.

The comparison between the Cowboys and Rams starts and ends with a billion-dollar house to play in that is often overrun by the opposing team’s fanbase. Nothing about how they put their team together or their ‘all in’ disposition is present within the Cowboys mode of operation. When the Rams have a problem that it feels like they are stuck with, they find a way out of it. Consider how they won the Super Bowl while carrying all sorts of dead money from trading away Jared Goff. They will eat whatever they have to in the name of bettering their team. Convenience is their enemy.

When was the last time the Cowboys did the difficult thing in that sense? When did the Cowboys last get creative to get out of a jam?

Until they do they will continue to look up at the Rams in the NFC. That’s been life relatively speaking for 26 years now.