Home Sports The Final Bell: Bobby Green daring to be great in stepping up...
SportsUFC

The Final Bell: Bobby Green daring to be great in stepping up to challenge Islam Makhachev on short notice 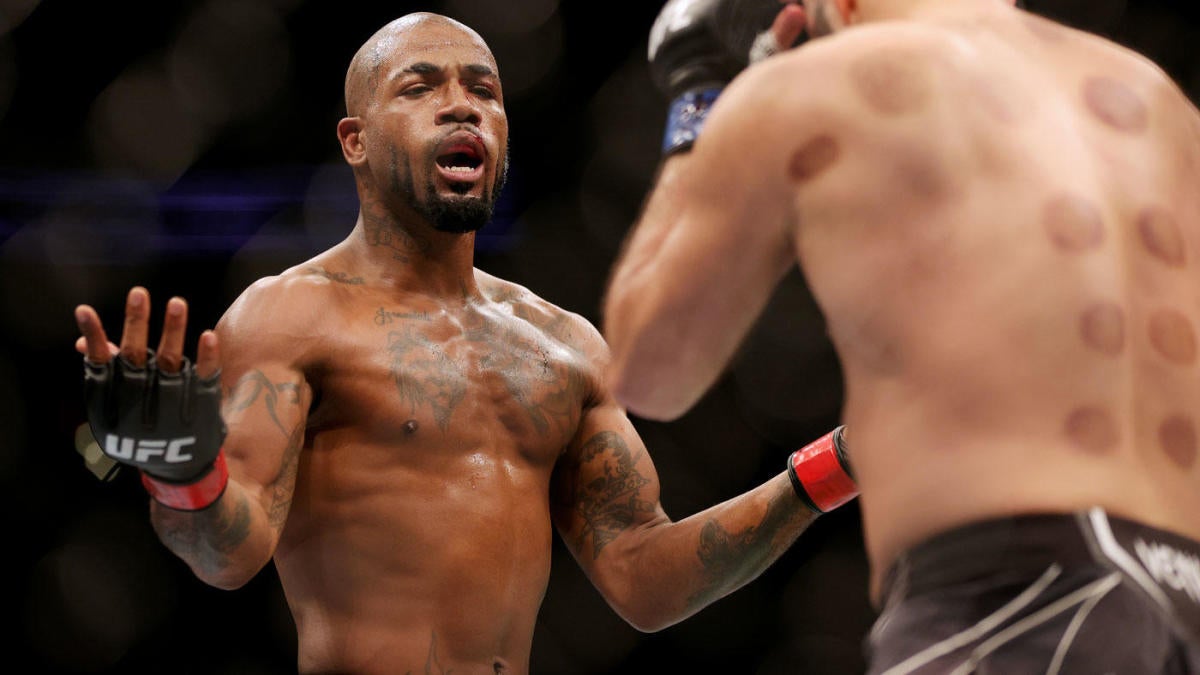 As eight-year UFC veteran Bobby Green so eloquently described it, there’s a major difference between being a tough guy in the elite circles of mixed martial arts and someone who simply does “G shit.”

As you might have guessed, Green (29-12-1) believes his decision to accept a headlining challenge on Saturday against the lightweight division’s most consistently dominant threat on just 10 days’ notice would fall under the latter.

“Let me show you some real G shit,” Green told “The MMA Hour” this week. “Get in there and do this shit with the highest guy in our f — ing division. I’m gonna walk in there like a gangster and punch that guy right in the f — ing face. I’m gonna keep hitting him in his face until he goes down.

“All he’s gonna do is try to wrestle, and that’s cool. He’s gonna wrestle and wrestle and wrestle. I can wrestle, too. That’s fine. But at the end of the day, I just want to show my peers, my colleagues, and my opponents, this is how the f — you do this shit. You do not sit back and wait for the perfect opportunity. ”

The dangerous foe in question is Islam Makhachev (21-1), the 30-year-old disciple of former pound-for-pound king Khabib Nurmagomedov who, like his famous head trainer from the same home region of Daegastan, Russia, has been dominant to the tune of nine consecutive wins and the unofficial title of future 155-pound champion in waiting.

Can’t get enough boxing and MMA? Get the latest in the world of combat sports from two of the best in the business. Subscribe to Morning Kombat with Luke Thomas and Brian Campbell for the best analysis and in-depth news, including an early look at Green vs. Makhachev below.

Green will be just a full fortnight removed from a unanimous decision win over Nasrat Haqparast that was easily the most thorough and dominant of his 14-year career when he steps in to tangle with Makhachev for Saturday’s UFC Fight Night main event at the UFC Apex in Las Vegas. And for as crude as the former journeyman, who once went 1-5-1 in the Octagon from 2014 to 2019, chose to describe what he’s attempting to do, he may not be far off.

Not only will his opponent be a –1000 favorite, according to Caesars Sportsbook, Green will undoubtedly be entering a challenge that is all kinds of wrong for him style wise considering Mahkhachev’s gas tank, iron will and suffocating style of wrestling. That does not mean that what Green is doing is crazy, however, or necessarily all that misguided.

This is not necessarily the story of Green mismanaging risk simply to chase the carrot of a big payday on a short turnaround because others will not do it. It’s also not entirely a desperate attempt at becoming a “company man” by replacing the injured Beneil Dariush in a no-win situation simply so that UFC brass rewards him down the line.

At 35 and riding a two-fight win streak, Green has rounded out his game enough while harnessing the eccentricities of his charismatic fighting style (Ie non-stop trash talk) to become a darkhorse contender in one of the sport’s deepest divisions for really the first time in his career.

Make no mistake, agreeing to fight Makhachev under these circumstances is, in fact, dangerous and not for everyone. But this is Green daring to be great in hopes of achieving something with an upset win he would have no other way of capturing in such a short window.

Sure, it also helps that Green is just wired that way and always down to do the kind of things others will not.

Although Green was close to clinical in how he stood right in front of Haqparast to control the terms of their striking duel, he admits to having collected “a few dings” of damage from the victory. He was also in the midst of celebrating while on vacation – all-you-can-eat sushi was his celebratory choice to gorge – when he received the call, which led him to fight for a 160-pound catchweight in order for the Makhachev fight to happen.

But as Green looks at it, he was the one willing to accept it all – both the risk and the reward – in ways that those ranked above him were not, which gives him a mental edge.

“All those guys play this like this weird game. I feel like they hold their cards in and wait for the right time to pull out their ace. Like, no! Sometimes you’ve got to jump on it and take it the way it is. Now, I’m jumping over all you guys because why? You’re too p —- to take the opportunity. ”

In a UFC world of haves and have nots, where the topic of fighter pay is a constant source of debate, there’s still a lane for an opportunistic cowboy to ride in at the last minute and risk it all for short-term gain in the face of long-term consequences. But this isn’t Chris Leben or Donald “Cowboy” Cerrone trying to prove how tough they are. Sure, there’s some of that in Green, whose overflowing bravado can hardly be contained, but look through the noise and you’ll find instead an aging fighter who has finally found the formula to be the best he can be and does not want to waste it.

The blueprint is there, as any of us who watched Jorge Masvidal use his improbable 2019 to rebrand himself a title contender and pay-per-view star at a point in his career just as unlikely as the small window Green currently has to do the same .

Green is so OG He once fought future UFC veteran Dan Lauzon under the Affliction banner back in 2009, shortly after turning pro. He also owns four wins with Strikeforce before the once rival UFC promotion was purchased and eventually folded by Dana White and company in 2012.

Through all of that, and the years of injuries amid equally long streaks of victories and defeats, Green is still standing. This weekend, with a prize at stake of a possible title shot should he do the improbable, Green will find out how great he can be.

Maybe Green was right all along, he is different.

“It’s G shit, I do G shit,” Green said. “I do shit that motherf —– s do not want to do. My whole thing is about standing in fires longer than most men could, or doing things that most men would not do. That’s my whole life and mindset I feel like. [Makhachev] has not been in a fight yet. I feel like it’s just been a [wrestling] match. Nah, nah. I’m gonna be the first person that puts him into a fight. ”

Throughout a nearly 20-year career which has featured 63 pro fights and 36 of them ending by knockout, Paul Daley has typically been just as prolific as he has been explosive. So it should come as no surprise to fans that the 38-year-old “Semtex” is angling for a May 13 retirement bout in London under the Bellator MMA banner that promises nothing but fireworks.

According to reports from multiple sites, Daley is close to securing a send-off fight against former Bellator welterweight champion Andrey Koreshkov, who returned from a nearly two-year layoff in 2021 to record a trio of dominant victories over the past year. Last weekend, Koreshkov finished Chance Rencountre in just 38 seconds at Bellator 274 via spinning body kick and broke five of Rencountre’s ribs with the single strike, along with puncturing his lung. Daley-Koreshkov offers such an extreme amount of fan-friendly violence that it’s the perfect coda to what has been a “anyone, anytime” type of career for Daley.

Bellator MMA welterweight contender Neiman Gracie took issue with criticism aimed at him following his hard-fought decision loss to Logan Storley at Bellator 274 last weekend in which the native of Brazil chose to stand and trade for most of it.