The Hall of Fame Doesn’t Deserve Our Attention 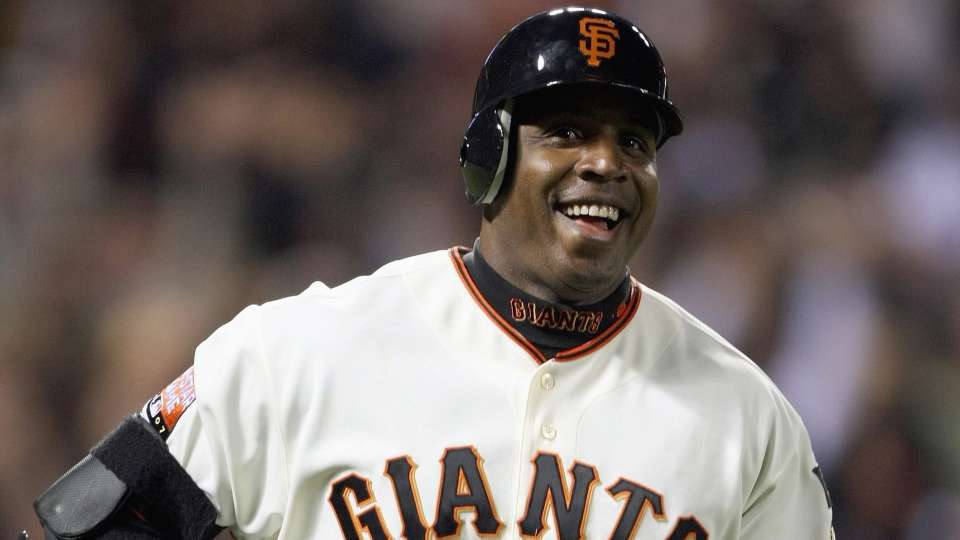 Last week, David Ortiz was the lone player elected to the Hall of Fame by the Baseball Writers’ Association of America. 75% of the vote is required to gain entry to the Hall, and Ortiz got 77.9% on his very first ballot. Meanwhile, Barry Bonds and Roger Clemens, two of the greatest players to ever put on a uniform, were passed over by writers for the tenth consecutive – and final – time. Now that they are both officially off the ballot, it’s a great time to review just how out of touch the wanna-be morality police at the BBWAA truly are.

Ortiz had a great career, no question about it. The owner of three World Series rings as a member of the Red Sox, Ortiz slugged an impressive 541 homers (17th all-time) along with 2,472 hits, 1,768 RBI (23rd all-time), 51.0 WAR and a 140 wRC +. He was a seven-time Silver Slugger recipient and 10-time All-Star. Perhaps even more important than the numbers in his case was his larger-than-life personality and the respect he garnered from fans, his peers, and the media alike. What he meant to the community of Boston, especially how he rallied the city together after the tragic Boston Marathon bombing, definitely helped shape his legacy in voters’ minds.

Bonds, on the other hand, was basically blacklisted from playing even after putting up a .480 OBP in his final year. He was a pariah, supposedly disliked by those in his clubhouse and hated by the media and fans who had a disdain for steroid users. You can argue whether he’d have been the greatest hitter of all time without steroids, but there’s no doubt he should have been a Hall of Famer either way. If you turned all 762 of Bonds’ home runs into outs, he’d still have a higher career on-base percentage (.384) than Ortiz (.380). Still think steroids are the only reason Bonds was the best to ever do it? Think again.

When comparing the careers of Bonds and Ortiz, the only edge Ortiz has (other than his off-the-field persona) is World Series rings – which is nothing, but one player alone can not slug his way to a championship. In every other conceivable area, Bonds ran circles around Ortiz – literally, since Big Papi was pretty slow. Ortiz was a DH, and Bonds won eight Gold Gloves. Ortiz never won an MVP award – Bonds won seven of them, including four straight from 2001-04. Ortiz was worth 51 WAR, Bonds an all-time best 164. Bonds smoked Ortiz in stolen bases (514 vs. 17), wRC + (173 vs. 140), hits (2,935 vs. 2,472), walks (2,558 vs. 1,319) , and homers (762 vs. 541). If I could only leave you with a single argument in favor of Bonds being the most feared hitter of his generation, it would not even be that he’s the record holder for home runs in a career and for a single season. It would be that he remains the only player since intentional walks officially became tracked in 1955 to be given a purposeful free pass with the bases loaded. Also, fun fact – Buck Showalter was the opposing manager at the time. Can you imagine that ever happening again? That’s how much respect his opponents had for his ability.

Clemens’ greatness does not compare as cleanly to Ortiz’s considering he was a pitcher, but he was inarguably one of the ten or so best pitchers in history. Clemens owns two records that will assuredly never be broken – he’s the only pitcher to win a Cy Young award in three separate decades, and the only one to ever win seven of them. He took home six in the AL (’86, ’87, ’91, ’97, ’98, and ’01) and one in the NL (’04). He ranks third all-time in strikeouts (4,672), behind only Nolan Ryan and Randy Johnson. The 11-time All-Star is also ninth all-time in wins (354) and 16th all-time innings pitched (4,916.2).

Like Bonds, Clemens technically never failed a drug test, but both almost certainly used PED’s and are guilty in the court of public opinion. These guys cheated, and cheaters can take away opportunities from those who are trying to earn success the right way. Ironically, Clemens insisted that he played the game “the right way” in his reaction to the news that he would not be elected to the Hall of Fame by the BBWAA. It’s perhaps that tone-deafness, and both Bonds ‘and Clemens’ inability to own up to their past mistakes, that led to their failed elections for the past ten years.

The Hall of Fame is a museum, though, and it should chronicle the history of the game – the good, the bad, the controversial, and everything else. In the words of The Athletic writer Grant Brisbee, a Hall of Famer should be defined as “a player who is necessary to tell the story of baseball.” How could you ever talk about the history of baseball from the ’80s through 2000’s without talking about Bonds, or Clemens, or Alex Rodriguez? It’s not an honor bestowed solely on the best role-models for kids – that would be sanitizing history, and the hypocrisy of including some while excluding others is asinine. Former Yankee pitcher Phil Hughes humorously tweeted, “Just realized I’m eligible for next year’s HOF ballot. I hope we’re sticking with the precedent of electing nice guys and not good players. ” Two of the most respected players in the Hall, Hank Aaron and Willie Maystook amphetamines during their playing days. Rogers Hornsby, Ty Cobb and countless early Hall of Famers were outspoken racists. Where’s the outrage for the inclusion of any of those guys?

Including steroid users in the Hall is always going to be a controversial topic. It’s divisive among players, just like it is with fans and writers. However, many current and former players shared their support alongside Hughes for Bonds’ entry to the Hall. Ex-Dodger and current Giant pitcher Alex Wood remarked, “Why does it matter if you were tied to steroids officially or not? There’s certainly guys already in the HOF that took steroids it does not take a genius to see that. Barry Bonds should be in the HOF and I really do not think there’s an argument to keep him out. ” Once you let in a few, the precedent is already set to let in more, particularly when you’re talking about players of Bonds ‘and Clemens’ stature.

The Hall of Fame is always going to be a subjective and incomplete reminder of baseball’s past. It’s filled with players you’ve never heard of, but Pete Rose is nowhere to be found. Cubs pitcher Marcus Stroman mused, “Who cares about validation from a bunch of outdated-ass writers. MLB has a pre-historic mindset with all endeavors. Barry Bonds is a COURT. Everyone who’s actually gone out on that field and grinded at the big-league level would agree… as well as a large majority of the fans! ”

The same could be said for Rose, for Clemens, for A-Rod, and for others. Big Papi only escaped the scythe of the Hall of Fame’s miserly gatekeepers, despite having steroid allegations himself, because he has a catchy nickname and a friendly smile. Pre-historic mindset, indeed. Save yourself the trouble and cross Cooperstown off your travel bucket list. Maybe put Hersheypark in its place instead. At least they have rides.

Fans attending The 150th Open at St Andrews from 10-17 July are being urged not to travel by rail due to a limited...
Read more
Sports

The new SmackDown Women's Champion Liv Morgan is LIVing her best life in her first week as champion and she joins this week's...
Read more
Sports

The career of Betulio Gonzalezwhich should be enshrined in the Hall of Fame but for reasons unknown is not, featured numerous clashes with...
Read more
Load more