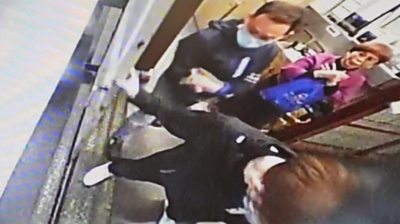 The Epoch Times reported that its printing press had previously been vandalized in November 2019.

In line with the banned Falun Gong movement in China, the newspaper often criticizes Beijing.

The newspaper is known to have sided with former US President Donald Trump and shared misinformation about the coronavirus.

China has been cracking down on journalists in Hong Kong since pro-democracy protests began in 2019.