US Women Take Silver in 3-2 Loss to Canada 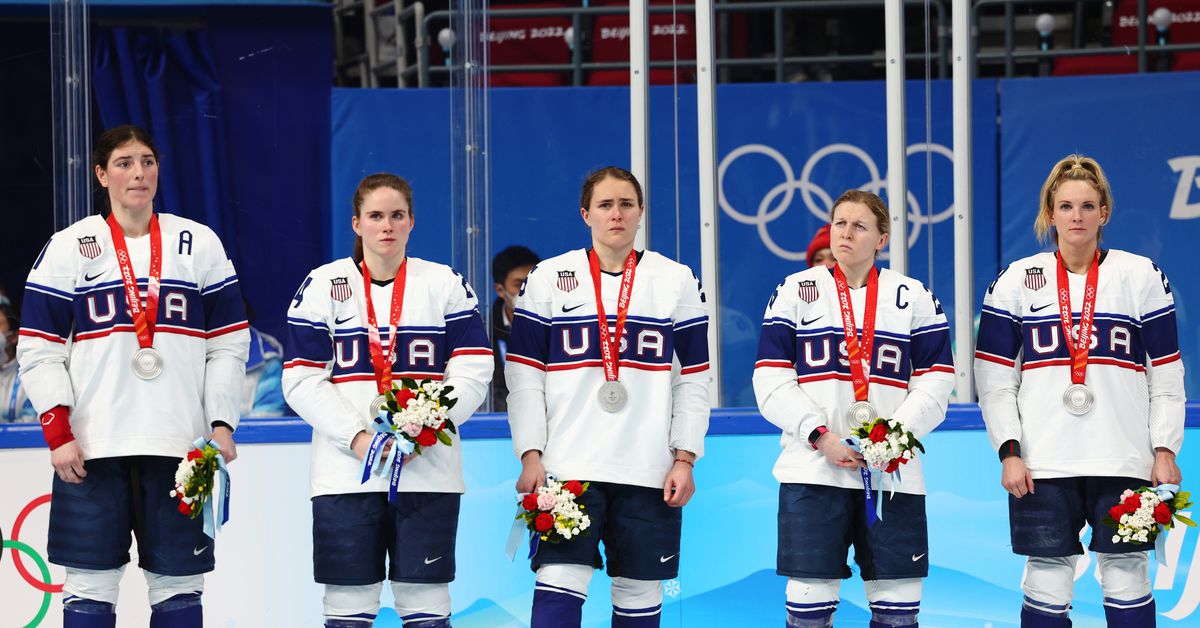 Canada defeated Team USA by a score of 3-2 in the gold medal game of Olympics in a game that, if we’re being blunt, never felt at all as close as the final score indicated. Canada dominated the early stretches of the game, building a 3-0 lead, which was enough to win. The US fought back late, including a 6×4 goal with just 13 seconds left to make it close, but it was clear Canada was the better team and deserving of their gold medals this time around.

I do not know if it makes it more or less painful to say the final result was pretty much expected. Canada was the more talented team this time around, full stop. Marie-Philip Poulin cemented her legacy, if she had not already, as a generational player. The strength and depth for the Canadians up and down their lineup was just better than the United States. I do not think any amount of coaching overcomes that.

The US had a puncher’s chance heading into this game, but it was clear that they needed some breaks to go their way, and they did not get them.

If there’s a silver lining to this, it’s that if you start mentally adding four years of age onto everyone in the US and Canadians player pools, there are a lot of big Canadian names that start nearing regression, and a lot of US players from the group that won five of six U18 tourney that are a little more mature and ready to compete at this level.

I think the hope coming into this cycle was that group that had so much success at the U18s would be ready to step in for this Olympics and fill some of the gaps left by players that retired off the 2018 team. But emerging (though still not great) professional options available to post-college players has pushed the window for a player’s peak a little later, and it’s a lot tougher current collegians to compete and succeed at that level.

Bottom line, the US just wasn’t quite ready yet this year, but there’s at least some reason to hope this was just cyclical, rather than a larger issue.

A couple notes and thoughts from the game:

-I talked extensively prior to the game about the need for the United States to win battles in front of the net, and in the early minutes of the game, that almost came to fruiting. Kendall Coyne-Schofield was able to get a puck on the stick in front of the net against two Canadians defenders and get the puck to a wide open Hannah Brandt. Unfortunately, Brandt was not quite able to get enough of a bouncing puck and put a shot off the post with a wide open net. When you talk about the US needing some breaks to hang in the game, that was definitely one of them.

Unfortunately, after that nice start, the US was pretty meh in terms of winning puck battles in front of the net after that. Part of that was an inability to sustain much pressure and make Canada work in the defensive zone.

-Canada got their first goal of the game off a set face-off play. That was a theme for the night as the Canadians were excellent on face-offs, winning that battle which made a huge difference in both the offensive and defensive zone. The goal was a crafty play by Sarah Nurse, who used a pick from the lineswoman that dropped the puck to momentarily break free and get her stick on the shot for a tip.

-A lot got made of the US really shortening their bench early in the game, and not giving their third and fourth lines more ice time. But …. Midway through the second, they tried to give their third line some sheltered minutes by giving them an offensive zone face-off. That shift ended with Kelly Pannek making a really bad turnover in the defensive zone that led to Canada’s second goal.

-Poulin’s shot on second goal probably should have been stopped too. Alex Cavallini was far from the biggest problem for the US against the Canadians, but they were not going to win this game unless she was the clear player of the game.

-The third goal against was just an ugly, ugly backcheck by the forwards on that line, and unfortunately, that goal ended up being the back-breaker. The US fought hard after that, and score effects played a role as Canada let up and played more conservative, but they just could not get what they needed. The US hit a post early in the third period that definitely would have made things feel a little tighter at the end — though even if they do tie it up, I do not love their odds in a 3×3 OT — but again, the US just did not catch the breaks they needed to close the gap in talent.

-The power play for the US was atrocious, even though, with that late extra attacker goal, they ended up decent percentage-wise. But when they needed something to get them going late in the second period and with nine minutes to go in the third period, they got absolutely nothing. I talked before the game about some of the Xs-and-Os for the US power play, but they were never even made it that. Xs-and-Os do not mean much when players are mishandling simple passes on their tape in the neutral zone or losing 3-on-2 battles for the puck behind the net, and can not even get set up.

-It will be interesting to see if this recent run of struggles changes USA Hockey’s thinking in terms of roster construction at all, specifically in terms of favoring players that play a heavier, more Canadian style of game. Some of that probably gets fixed over the next cycle regardless because there are some better options that fit that style available.