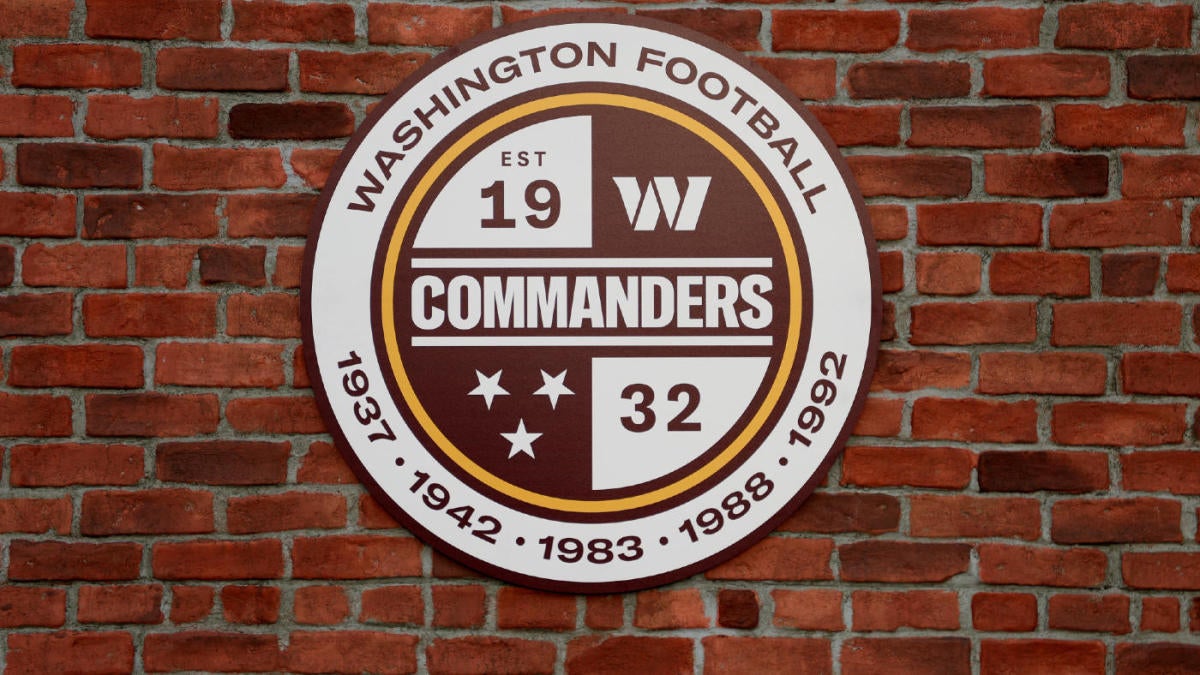 Earlier this month, the franchise teased its new uniforms as well as two different helmets: one burgundy and one black. In the video posted by Washingtonteam president Jason Wright ruled out the “Wolves” and “RedWolves” in their search for a new name, saying that they were, “not viable options because of existing trademarks held by other teams.”

“We are on the brink of starting a new chapter, but our history, our legacy cannot be lost along the way,” Wright said last month. “Now, more than ever, it’s important that we stay connected to our roots.”

This rebrand has been a year and a half in the making. Washington announced in July 2020 that it had retired the “Redskins” monikerwhich had been associated with the franchise since 1933. This is the fourth name in the team’s history, as the franchise was born the Boston Braves in 1932 before making the switch to Boston Redskins the following year and becoming the Washington Redskins in 1937.

Thanks for signing up!

Keep an eye on your inbox.

There was an error processing your subscription.

The team’s former name has been a controversial topic for years. Washington team owner Dan Snyder had always stood up for his team name, and even told USA Today in 2013 that, “We’ll never change the name. It’s that simple. NEVER – you can use caps.” However, Snyder could not hold his position forever.

In the summer of 2020, the murder of George Floyd sent forth repercussions that affected several different areas of life from entertainment to business. It moved many to raise their voices to promote inclusion and racial equality. Washington again began to feel pressure to change its team name. FedEx, whose name remains on Washington’s stadium, said in a private letter to the team that they would pull its signage from the venue if the name was not changed. Along with FedEx, other major partners such as Nike, Target, Walmart and Amazon all removed team gear from their websites. From there, Washington announced it would review its name. Just 10 days later, the franchise officially retired the moniker.

Washington spent the 2020 and 2021 seasons as the “Washington Football Team.” Despite quarterback issues, Washington made its return to the playoffs in 2020 after finishing first in the NFC East with a 7-9 record. It was in the postseason where former practice squad quarterback Taylor Heinicke made a name for himself, as he gave Tom Brady and the eventual Super Bowl champion Tampa Bay Buccaneers a close game. Washington had high hopes heading into 2021, but new quarterback Ryan Fitzpatrick was injured in Week 1 while the defense took a considerable step backwards. Washington rebounded late in the year to reenter the playoff discussion before finishing with a 7-10 record.

Despite the new team name, the Washington franchise does not want to completely forget the past. The legends of old and the three Super Bowl championships will now be a part of the Commanders as Wright, general manager Martin Mayhew and head coach Ron Rivera confidently march this franchise into the future.

We may receive a commission for purchases made through these links.

Review by AllTheBestFights.com: 2022-05-11, we are going to comment and rate the boxing fight Paul Gallen vs Kris Terzievski as soon as we...
Read more
MLB

Kansas Speedway sets the stage for the NASCAR Cup Series

The 2022 NASCAR Cup Series season and the introduction of the Next Gen car are a quarter of the way through the 36-race...
Read more
Load more