What Was Their First WWE PPV Main Event? 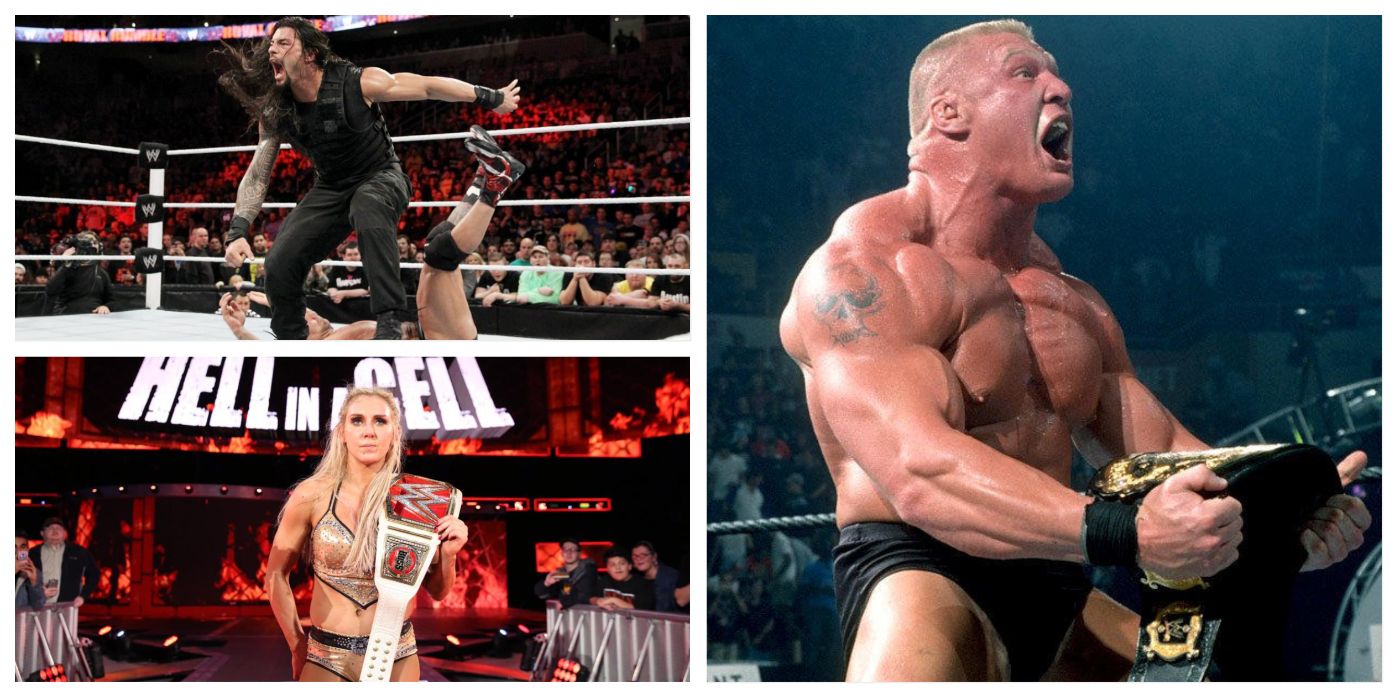 Competing in the final match on a WWE pay-per-view is a huge honor. Everyone wants to feature in the main event as that’s the match that fans generally tune into a pay-per-view to see. Some of the biggest stars in WWE history managed to compete for a championship in their maiden pay-per-view appearance which is a brilliant achievement. Moreover, some wrestlers were getting accustomed to their roles as a main eventers, and others had to wait a while before they could close out a WWE pay-per-view.

RELATED: 10 Wrestlers With The Most WWE PPV Main Events Of The ’90s

Everyone has got to start somewhere, and of course, every wrestler would love to fight for a championship or win a Royal Rumble match in their first pay-per-view appearance. Some have managed to achieve that, but let’s revisit how 10 current wrestlers on the WWE roster faired in their maiden WWE pay-per-view main event match.

Edge is a two-time Royal Rumble match winner with victories coming in 2010 and 2021. His first Rumble appearance in the titular Rumble match took place in 1999. Edge was the fifth participant in the Rumble, and he immediately eliminated the Light Heavyweight Champion Gillberg from proceedings, which lasted just six seconds before his Rumble experience was ended.

Edge was still in the early stages of his WWE career and he was a member of the Brood alongside Christian and Gangrel. He was never going to win the Rumble but he managed to endure 12 minutes with Road Dogg eliminating him from the bout.

Rey Mysterio joined WWE in the summer of 2002, and he became one of the most entertaining wrestlers on the SmackDown roster. The Master of the 619 competed in his maiden Royal Rumble match in 2003, and he was the fourth participant.

Mysterio and his former Tag Team Championship-winning partner Edge worked as a cohesive unit. They collaborated in Christopher Nowinski’s elimination. However, the pair executed a double dropkick on Nowinski, which played a part in Nowinski sustaining a post-concussion syndrome that led to his premature retirement in 2003. Nevertheless, Mysterio’s first Rumble outing was ended by Chris Jericho in 10 minutes.

Touted as the “Real Deal” you could see why as Bobby Lashley was only two months into his WWE career and he was already headlining a major pay-per-view at Survivor Series 2005. Lashley featured in the traditional Survivor Series elimination match between SmackDown and Raw. Lashley teamed up with Batista, Rey Mysterio, JBL, and Randy Orton. They collided with Raw’s Shawn Michaels, Kane, Big Show, Carlito, and Chris Masters.

Lashley imposed himself very well here, and he took down Carlito, Masters, and Michaels with ease. However. Kane chokeslammed Lashley and he was not the legal man, and Michaels sent Lashley packing, but Team SmackDown went on to claim the bragging rights.

The 2016 Royal Rumble match was for Roman Reigns’ WWE Championship. When the clock struck for the third entrant, fans were in shock as AJ Styles made his long-awaited WWE debut. Styles had been a stalwart in TNA and Japan for many years, and he was finally introduced to WWE fans.

RELATED: The 14 Best Royal Rumble Matches, According To Cagematch.net

Styles received a huge ovation and he looked right at home in this Rumble. Styles eliminated the likes of Tyler Breeze and Curtis Axel from the Rumble. However, Styles almost lasted half an hour, but Kevin Owens stopped him from executing the Styles Clash on Neville, and KO removed him from the Rumble.

Nikki gets a lot of stick but she did extremely well to hang out with someone of the caliber of Rousey. Brie interfered to aid her sister. Their efforts were thwarted, and Rousey applied the armbar with Nikki submitting to ensure that the Raw Women’s Championship would remain in her camp.

Sasha Banks and Becky Lynch became the first pair to enter a women’s Royal Rumble match as the number one and two participants. Lynch had an outstanding performance as she lasted 30 minutes, and eliminated Lita and she aided others in eliminating Vickie Guerrero. Lynch was eliminated by Ruby Riott.

History was made at Hell in a Cell 2016 as Charlotte Flair and Sasha Banks became the first pair of women to main event a WWE pay-per-view. That was a huge accomplishment for both women, and they closed out the show inside Hell in a Cell with the Boss’ Raw Women’s Championship at stake.

Sasha had the home-field advantage as Hell in a Cell emanated in front of her hometown fans in Boston. Both pulled out all of the stops in a physical match. Moreover, the Raw Women’s Championship was like a yo-yo between the pair, and Charlotte once again reclaimed the title.

Brock Lesnar has been with WWE for two decades, and he is still wreaking havoc. The Next Big Thing won the King of the Ring tournament, and he headlined SummerSlam 2002 by challenging The Rock for the WWE Championship. Rock was on his way out of WWE to kickstart his acting career in Hollywood, and fans cheered Lesnar who was a heel.

Rock gave it everything but nothing seemed to work as Lesnar was indestructible. It was a masterclass from start to finish, and Lesnar finished off Rock with his patented F5 to become the youngest WWE Champion at the age of 25 in his maiden main event on a WWE pay-per-view.

Despite making his WWE main roster debut at Survivor Series 2012, Roman Reigns had to wait 14 months to main event a WWE pay-per-view. The powerhouse of the Shield ensured that it was going to be a memorable performance in the 2014 Royal Rumble match.

Reigns was a man on a mission, and he obliterated Kane’s record haul of the most eliminations in a Royal Rumble match by eliminating 12 competitors. Reigns held that record for 13 years but he held it no more. Fans desperately wanted Reigns to win the Rumble as they booed Batista. Reigns came up short as he went on to win the Rumble a year later but Batista clinched his second Royal Rumble match victory.

The younger brother of Jets quarterback Zach Wilson is “OK” following a scary incident, in which he recently fell asleep at the wheel...
Read more
NHL

After days of speculation and rumors, the San Antonio Spurs have agreed to trade All-Star Dejounte Murray to the Atlanta Hawks for Danilo...
Read more
Load more