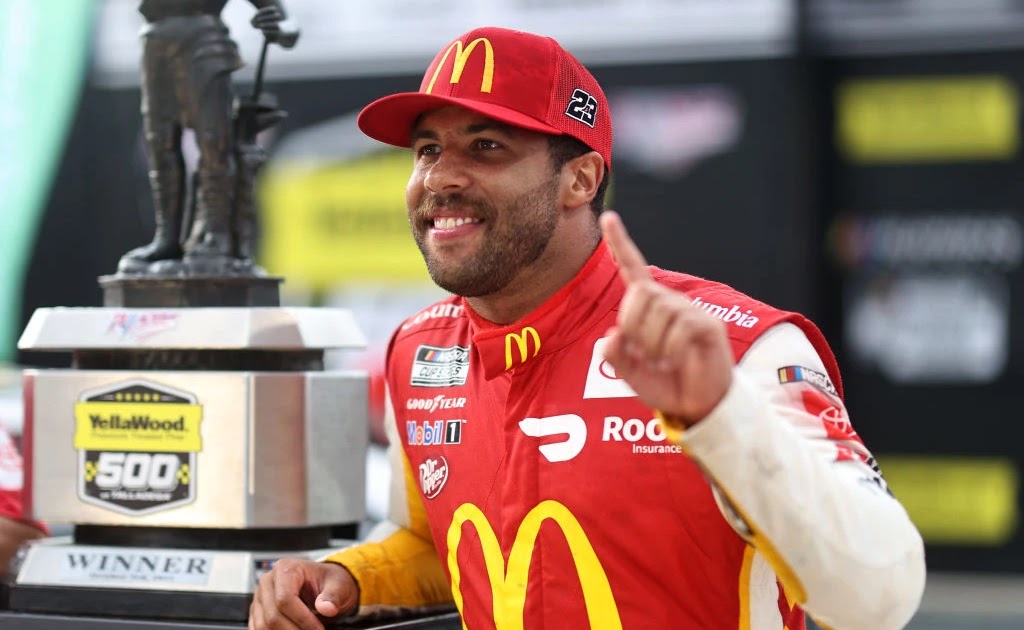 Most everyone alive is aware that the Kyle Rittenhouse Verdict came in as “Not Guilty.” There has been an enormous response to this episode of justice – some are relieved, while others outraged. This post will not address the right and / or wrong of the jury’s decision.

Ha, let the boy be black and it would’ve been life… hell he would’ve had his life taken before the bullshit trial .. sad

The above was posted by NASCAR Driver Bubba Wallace. By his own words on his twitter account – Bubba is the only “driver from an African American background at the top level of our sport .. I am the 1. You’re not gonna stop hearing about” the black driver “for years. Embrace it, accept it and enjoy the journey .. ”

Now in the past NASCAR has been quick to sanction a participants for controversial statements. Just last year, veteran NASCAR driver Mike Wallace was placed on indefinite suspension due to a violation of the league’s member conduct guidelines with a social media post.

It will be interesting to see if there is any response from the NASCAR upper management regarding Bubba’s demonstration of freedom of speech.

You will not have to wait to hear from the NASCAR fans regarding this situation. Below is just a sampling:

Be interesting to see what @NASCAR does to Bubba for his tweet. If roles were reversed and it was a white nascar driver he lose his ride and sponsors and have to attend training. Oh what that happen. Time for bubba to get punished for what he says pic.twitter.com/pM5Ywou1o1

Mark Mcvey (@mark_mcvey) replied “Nothing wrong with Bubba’s tweet and everyone has a right to their opinion.”

Debbie (@ wickeddebbie1) replied “If nascar does nothing to bubba, then they’re as racist as he is and will lose even more fans, sponsors and credibility than it has. Playing the ‘race card’ goes both ways. For and against ALL colors. Suspend bubba NOW or be counted with him. Do the right thing. ”

lyn doyle (@ldddoyle) replied “Punished for what? Last time I checked we have a right in the US to free speech. From an old white woman who is tired of the hatred in this country. Drivers in NASCAR could be an agent for change instead of perpetuating hatred. ”

Kim Clarke (@ KimClar13163291) replied “There is a no tolerance policy in Nascar. Does not matter what skin color you are. Bubba needs to be punished for this comment! I realize we have freedom of speech, I’m sick of all this black n white bullshit! Segregation will never go away because we will not let it!

*** Kyle Rittenhouse stood trial for shooting three white men killing two. He traveled to Kenosha, Wis., And took up arms asserting he did so because he wished to help protect businesses and residents from protesters demanding justice after the police shooting of a Black man, Jacob Blake. Kyle is white.

Share
Facebook
Twitter
Pinterest
WhatsApp
Previous articleJim Harbaugh Is the Popular Choice for Vikings HC. But Is He the Right One?
Next articleFloyd Mayweather joins NASCAR to win but admits ‘it won’t be easy’

Washington Commanders quarterback Carson Wentz does not consider his one year with the Indianapolis Colts as a "mistake," as Jim Irsay described...
Read more
NHL

Embed from Getty Images Manchester United are getting closer to their final match of the forgettable 2021-22 season. But until the match at...
Read more
Load more