Where player collectors and I butt heads 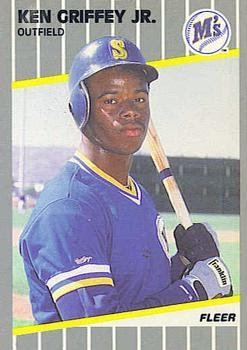 I have no problem with how anyone in the hobby wants to collect. Their preferences are their own and I’m glad they’re happy.

If the way they collect is different from mine, there’s a good chance I will not understand it. But still, their way is their way and mine is mine and we can co-exist peacefully, each collecting in our own corner.

Except in one instance. There is this one type of collecting that interferes with how I collect. In fact, our two kinds of collecting often butts heads.

I’m referring to player collecting, a popular style of collecting for the last 30-to-35 years but something that I am on record as not understanding and I admit I’ve called it names in the past. But it’s probably just the frustration of being a set collector coming out.

Set collecting was king when I was a kid in the ’70s and remained that way all through my first stage of collecting into the mid-1980s. We ’70s set-collectors rarely encountered other collectors hoarding certain players. Sure, if we wanted a particular star player, it might cost us a few cards for that one card, but it was not particularly tough.

Flash forward to today and the few set collectors around have to contend with Soto collectors and Tatis collectors and Franco collectors. Whoever is “hot” in the hobby is almost guaranteed to be one of the last few cards that a set collector needs to finish a set – if they’re still trying to collect modern sets these days (I’ve stopped doing that) . I’m also pretty certain that Topps makes certain popular players tougher to pull – witness Kris Bryant 6 or 7 years ago – because it knows the player and set collectors will fight over that card.

So, a week or two ago, Daniel of It’s Like Having My Own Card Shop offered up some extras for free as sort of a prize for reading his blog. I grabbed a few cards at random, but one card I made certain to take first was this one: 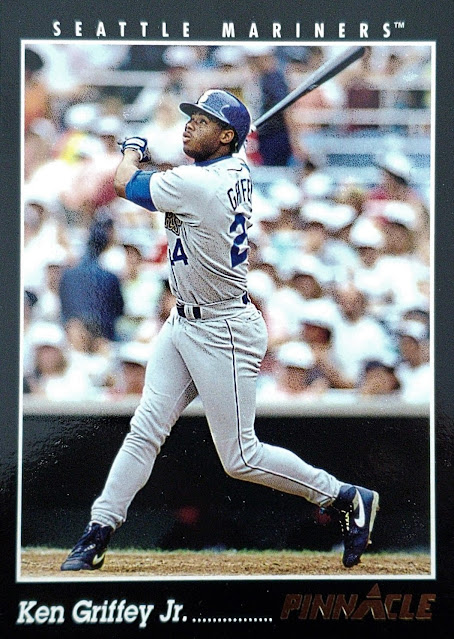 I have no urge to collect Ken Griffey Jr. cards – I’m one of the few on the planet who does not care whether I ever own the 1989 Upper Deck Junior – and 1993 Pinnacle is not a set I immediately plan to pursue, although I do like it.

I just grabbed it because why should the bazillion Junior collectors out there have all the fun? I know they all have this card already, but I DON’T because THERE’S A BAZILLION JUNIOR COLLECTORS – and it’s nice to get my hands on one.

If I had to make a list – and I’m about to – Griffey is the single most difficult player to acquire when chasing down a set, even though he’s just one player in a set of 792 or whatever. I have 70 Griffey Jr. cards in my collection, which is about the 120th most in my collection for any player. But considering the number of Junior cards available – I can only guess at the insane number – that total is paltry. And almost all of them in my collection are related to sets I’ve collected.

Except for this one, which is MINE. ALL MIIIIINNNNEEEE!

OK, so if Griffey is the most difficult player to find for this set collector who are some of the others? 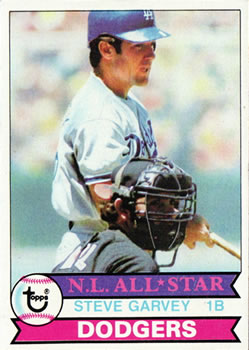 I’m one to talk here. As a Dodger fan and also a team collector, I tend to grab whatever Garvey card I spot. He is popular with our collectors who grew up in the 1970s and oh, do not I know it.

I do not consider Garvey an obstacle when collecting sets, it’s more from a team collector perspective. His cards are quite persnickety to find once you get past all the main flagship ones. He has one of the biggest fan clubs among collectors that I know for someone who is not in the Hall of Fame.

And I probably threw him on this list because just today I went to purchase a certain Garvey card and – not a surprise at all – I was told it was sold out. Again. 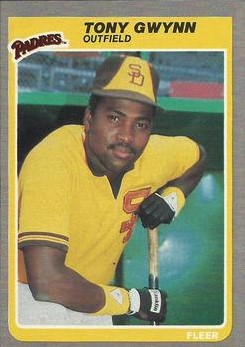 Tony Gwynn is part of the triumvirate of players that collectors of a certain era apparently all decided at a meeting to collect. I did not know of such a thing until I started blogging and discovered a bunch of collectors collected cards of Gwynn, Frank Thomas and Greg Maddux. “All you guys?” I thought. And “just those three?” I thought after that.

It was tough from someone coming from the set-collecting world, and who had been out of the hobby for much of the 1990s, to wrap my head around. I’m a bit used to it now, but it’s still aggravating when Gwynn is repeatedly the last card I need to finish the set. His cards aren’t cheap, you know, although I suppose it could be worse.

I could be collecting ’50s sets and looking for Mantles. 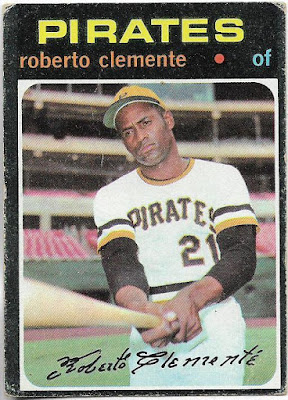 This is the most understandable hard-to-find player on this list. But it’s well-known that Clemente cards have gone up in demand significantly over the last 20-to-30 years. That tells me there are a lot more Clemente player collectors than there used to be.

I actually have not struggled too much to find Clemente’s cards in the sets I’ve collected. I’ve been lucky that two of the cards, the 1971 one here and the 1973, were gifts.

But his cards are so weighty that I remember the day and the circumstances of finding his cards. I just picked up the 1970 Topps Clemente last month during a shopping trip to a flea market with my wife and daughter. I bought the 1972 Clemente at a card show, the same day a deer ran into my vehicle.

And as I write this I am regretting trading away the ’69 Clemente when I was in high school. 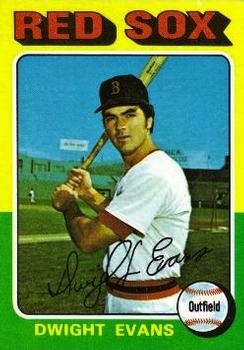 I’ve whined about this before. This is definitely a thing but I do not know why it’s a thing.

Dwight Evans was a very good player, and a key figure for the 1975 Boston Red Sox team. His career lasted a long time and he’s one of those underrated figures who people think should get some Hall of Fame attention.

But why is his card repeatedly one of the last I need to finish a set? I honestly have never heard of a Dwight Evans player collector, but his ’75 card was one of the last I needed more than 15 years ago. He was a tough find when collecting the ’73 set and even for some early ’80s sets. Weird.

I picked a smattering of other cards in Daniel’s giveaway, none featuring players that have cause me set-collecting heartburn. 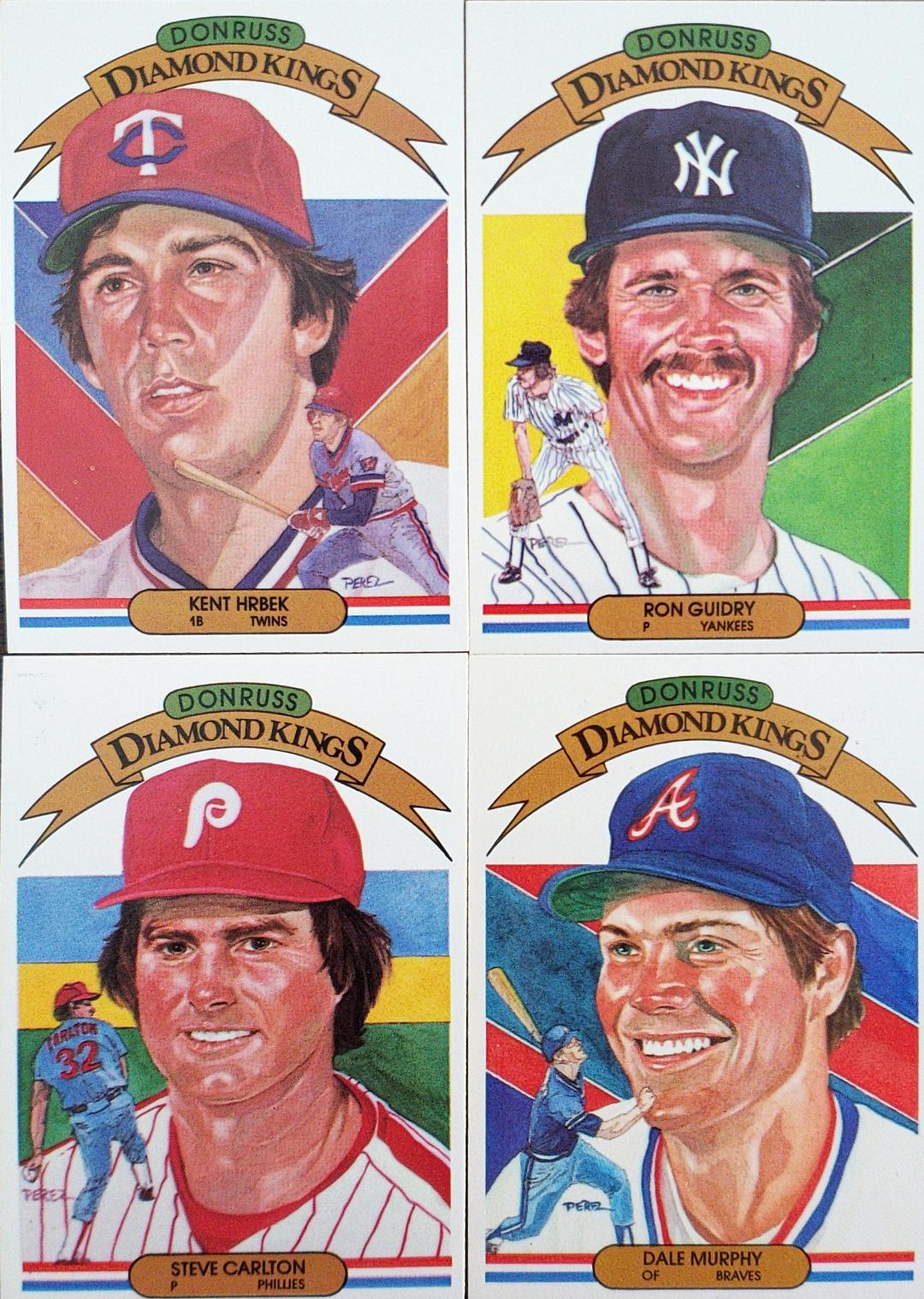 Four Diamond Kings from the 1983 Donruss set. I grabbed them for that day in the future when I try to complete the ’83 set. And I already have the Tony Gwynn card, so HA! 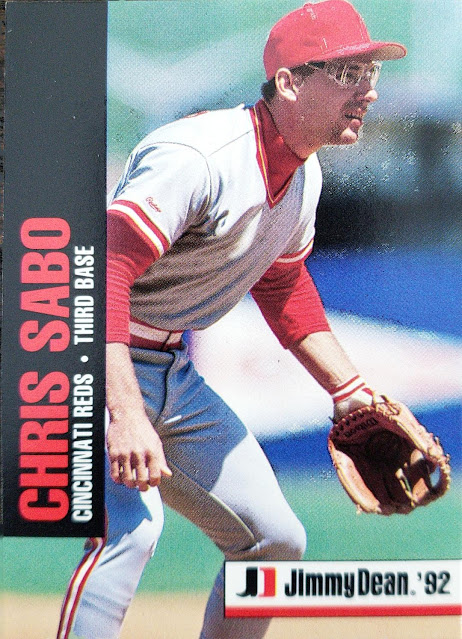 I will always pounce on a food-issue oddball. I need to see what else I need from this Jimmy Dean set.

I know there are other players who are favorites of player collectors that cause set collectors to scramble. Mike Trout and Derek Jeter are two of the big ones. Ichiro, too. But I did not include them because I have not tried to complete a large modern set since 2015, so those players have not caused me much grief. But I can see how they would.

Unless I’m trying to finish a set, I’m content to let the player collectors have the cards they want to accumulate. You want to collect all the Luis Roberts? Go nuts.

But if he’s part of a set I’m trying to finish, we’re going to have a fight.