Home Sports GOLF Will The Open throw up another surprise?
SportsGOLF

Will The Open throw up another surprise? 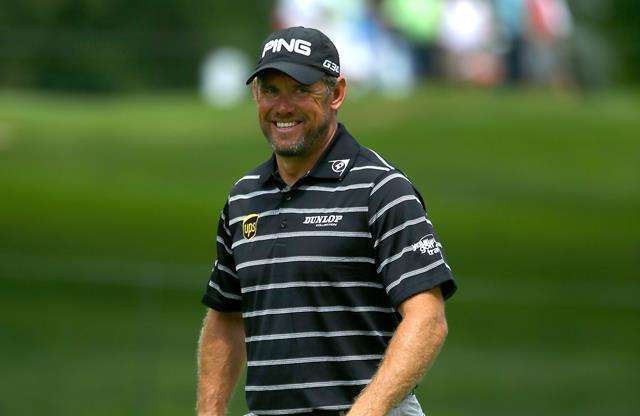 The Royal St George’s Golf Club in Sandwich hosts the 2021 Open, and if the last two tournaments staged at the venue are anything to go by, we should have a new major winner on the circuit.

In 2003, Ben Curtis stunned the field with a solid performance in tricky conditions to claim the Claret Jug with a one-under card for the competition. Curtis gradually moved his way through the field and beat out his rivals for the title, despite a wobble on the back nine where he almost allowed Thomas Bjorn to close in. It was the American’s first and only major of his career to date.

Darren Clarke fell narrowly short in The Open in 1997 and endured a few near misses, but his time competing for the top crowns appeared to be over until he found life at Sandwich. The Welshman had not finished in the top 10 of a major for eight years before he put forward a composed performance over the four days of the competition. Once Clarke established a lead, he could not be shifted from the top of the leaderboard, earning his first and only major.

In 2021, could someone emerge to make their mark on The Open in the same way that Clarke and Curtis did at the Royal St George’s Golf Club to make it three surprises on the bounce?

Lee Westwood has come close to winning a major on several occasions in the past. He has finished second twice at The Masters and was the runner-up for the Claret Jug in 2010. Overall, Westwood has 12 top-five finishes across all four majors. At the age of 48, his powers are not what they were when he was world number one for a period.

However, he is still a marvelous player when operating at the peak of his powers as The Players’ Championship this year proved when he placed second. The weight of expectations should be lifted from his shoulders. Phil Mickelson proved at the PGA Championship that age is no barrier to success on the grand stage. Westwood could be the man to rise to the occasion, being back in the golf betting odds at 50/1 to win the crown. It would be nice to see one of golf’s good guys emerge with a major before it’s too late.

The 45-year-old is another player that has been frustrating to watch on the major scene. It seems that he saves his best golf for the Ryder Cup when he is placed in a team environment. Poulter has enjoyed spurts of success, winning the World Matchplay Championship in 2010 and the WGC-HSBC Champions in 2012.

However, he has never been able to maneuver himself into a strong enough position to get over the line at a major. Poulter’s best opportunity came in 2008 at The Open, but he was still four strokes off the pace of Padraig Harrington in a high-scoring competition at the Royal Birkdale Golf Club. He has not been competitive at a major since 2015, but Sandwich could be the great equalizer that Poulter requires.

We’ve already seen two surprises at the first two majors of the calendar year. We can only hope that excitement continues at the Royal St George’s Golf Club at The Open.

Comments are closed on this article.

VPNs have long evolved from just hiding your IP address. Today, if you needed to watch a movie, you'd also need one...
Read more
Sports

Khan was asked about his relationships with friendly companies like New Japan Pro Wrestling and companies like WWE:"This week when I...
Read more
Load more