Home Technology Would you like to have a FREE project quote?
Technology

Would you like to have a FREE project quote? 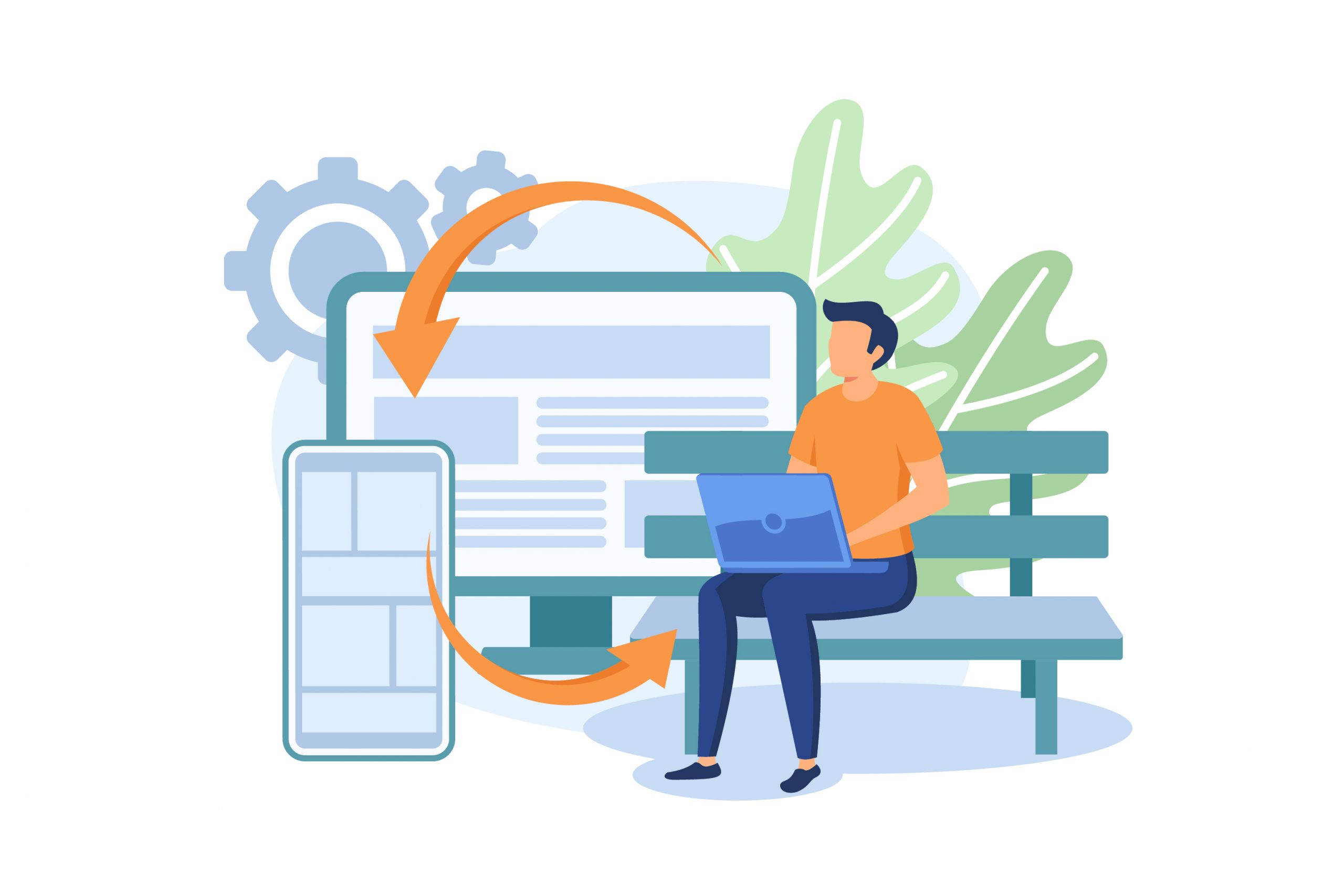 The number of startups developing apps is ever increasing. Consequently, the app market is getting saturated, and many small companies find it challenging to get their app noticed. However, this is no detriment to the shift toward mobile and computer apps. On the contrary, this is mainly because these apps allow small businesses to be more competitive with larger companies.

If you’re an entrepreneur or run a startup, no doubt you’ve considered the best approach to developing an application for your customers. The kind of app that reaches every one of your audience irrespective of the device they use. Despite the great deal of advantages that apps bring, development is one of the major hurdles.

This is perhaps the single most significant reason many startups choose cross-platform apps development service as the starting point for their mobile apps.

This post dives into the intricacies of cross-platform apps, comparing them with other types of mobile apps to help you decide if it’s worth the investment.

What is Cross-Platform App Development?

Cross-platform app development is developing a single application deployed on multiple platforms. This is a relatively new trend in the world of software development. However, it has revolutionized the way we create apps for different platforms.

With this approach to app development, developers can build one codebase that can be compiled into applications for all primary desktop and mobile operating systems without maintaining multiple codebases. Among the best cross-platform software are apps such as

As exciting as it sounds, everything has a price tag. So naturally, the first thing you want to know is:

How much does it cost?

Obviously, the price tag also varies depending on the type of apps to decide to build for your startup. Currently, business owners and entrepreneurs have to choose between three app types:

Learning the differences between the three options is vital to fully understand what makes the cross-platform approach unique.

What is a Cross-Platform App?

Cross-platform apps can be created using various programming languages ​​and frameworks. The most common ones are:

Flutter is an open-source mobile app SDK that provides a way to create user interfaces for iOS and Android. It is built on the Dart programming language compiled to native code. Flutter also provides a rich set of pre-built widgets, including Material Design and Cupertino widgets, drawn using the Skia Graphics Library. Flutter is the future of cross-platform mobile app development. One of the most popular apps built with Flutter is facebook.

This is a markup language primarily used for building web pages, but it can also be used to
create mobile apps. It has been around since the 1990s and has been updated to include features such as WebGL, WebSockets, and WebRTC. The Twitter app is one of the leading apps built using this framework.

React Native lets developers use the JavaScript framework React to build apps that target iOS and Android. React Native uses the same fundamental UI building blocks as regular React: components, props, state, and events. However, the components in React Native are built with native platform APIs instead of HTML-like DOM elements. This allows developers to create fully-featured mobile apps using JavaScript without relying on WebViews or browser plugins like Flash or Java applets. One of the leading apps built with React Native is Square Cash.

What is a Native App?

Native apps are designed to work on a specific operating system. Therefore, they are built with the programming language that the OS uses. For example, iOS apps are created with Swift and Objective-C, whereas Android apps are written in Java.

Native apps are the best way to experience the content published on a platform. They are designed for a specific platform and provide a more immersive user experience. These app types are not just about designing an app for a particular platform. Apps can be prepared for any platform with unique use cases, like Apple Watch or Android Wear.

The first native app was launched on Palm OS in 1996 by Palm Inc, followed by webOS in 2009 and Windows 8 in 2012. According to Statista, there were more than 1 million native mobile apps in the Apple App Store as of 2017. This number is expected to grow to 2 million by 2020.
In recent years, there has been a significant increase in the number of people using smartphones and tablets. As a result, more companies are developing apps for these devices to take advantage of this trend.

Native apps are different from cross-platform apps in that they depend on the operating system’s features and functions to provide a better experience for users.

What is a Hybrid App?

A hybrid app is an app that is developed using a combination of web technologies and native programming languages.

Hybrid apps are usually faster, more reliable, and more cost-effective than native apps. Some developing frameworks that can build these apps include web technologies like HTML5, CSS3, JavaScript, and others using native programming languages ​​like Java.

Hence, they combine mobile applications (native) and web applications (webview) features. The user interface (UI) is usually rendered in a WebKit browser engine that provides most of the application’s UI. However, they can be run on any device, and they do not require an internet connection to function. In other words, they can run inside a browser on the user’s device, but they can use some of the device’s hardware capabilities.

Having understood the unique differences of the three main types you develop for your startup, let’s dive further into what makes cross-platform apps a more favorable option for startups.

Choosing a cross-platform approach to app development affords you the smartest method if your startup wants to succeed in marketing using an affordable, resourceful strategy. In addition, the apps built with a cross-platform framework are easy to update, bring to market, and deliver outstanding end-user engagement.

With a cross-platform framework like Xamarin or Flutter, you will have access to a broader audience since your startup will build apps with multiple platform functionalities. In addition, these apps will work just as well on different operating systems like iOS, Android, and the Web. As stats show, iOS and Android comprise 99% of the world’s market share.

The principle behind the operation of cross-platform mobile apps is simple ‘code once and run in multiple places.’ Once you’ve built the app, you will not need your QA experts to test it on each platform separately. This drastically reduces its time to bring the app to market and monetize it.

As an infant business, you want to touch base with every and all available targets. By deciding to build your app with a cross-platform framework, you’re guaranteed that more stores will support your app. Thus, helping with more exposure for your business, brand, and app should drive ROI up.

Let’s face it; it’s complicated and time-consuming to develop an app for all platforms. However, cross-platform mobile development allows developers to spend less time learning how to use different languages ​​and tools for each platform which minimizes the time required for the development process.

As mentioned earlier, one of the principal hurdles of developing an elite app is the cost. Cross-platform mobile development can help cut down production cost and app development cost significantly by allowing developers to reuse code across different platforms, thereby saving time and money on duplicating work across various operating systems and devices. Also, This kind of development eliminates the need for multiple developer teams and allows you to save money in the long run.

Cross-platform mobile development is easier for maintenance because it does not require separate development for various operating systems.

The cross-platform mobile development produces a native-like user experience for iOS and Android devices. The app’s design and features closely match the device’s operating system to create a seamless and intuitive experience for the user. This is achieved using platform-specific UI components, such as buttons, menus, and navigation bars.

Cross-platform development is essential because it facilitates cloud migration. The cross-platform framework can help developers move their applications from one platform to another without much difficulty.

Cross-platform mobile development enables Quick Update And Implementation, allowing you to have one code base and update it across different platforms without rewriting the entire application. Hence, startups can enjoy added benefits in the deployment process by allowing the developer to push updates instantly to all platforms.

When to Consider Developing a Cross-Platform App

Developing a cross-platform app is an excellent idea if you are looking for more reach. This way, your app will be available on the most popular platforms, and you will not need to worry about adding new features or fixing bugs.

The first thing you need to do before developing a cross-platform app makes sure that it will be profitable. Of course, many factors can affect the profitability of an app, but there are two major ones – the price of the app and the number of users.

The following are some of the instances that you’ll need to seriously consider developing a cross-platform app.

There are several reasons why you might want to develop a cross-platform app instead of an application for just one operating system. However, keep in mind that there are also downsides to developing a cross-platform, so it’s crucial to weigh all sides before finalizing your decision.

Irrespective of the specific industry that your startup operates, it’s vital to your growth to settle for a mobile app development method that suits their business requirements, budget, and customer expectation. Whether native, hybrid, and cross-platform apps, what matters is to figure out your startup’s needs. It just so happens that an increasing number of startups are choosing the cross-platform development option for mobile apps.

If you ever need expert software developers experienced at rolling out MVP cross-platform apps, look no further than ISHIR.