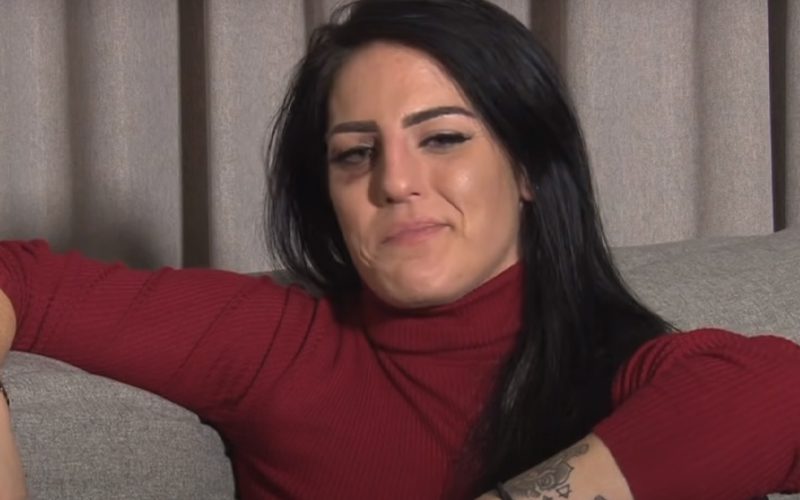 Tessa Blanchard has severed ties with the all the companies she used to work with and there’s seemingly no coming back. Tessa and Women of Wrestling had a fallout and if reports are to be believed, she’s pretty much gone from the promotion. New details are emerging on regarding the backstage heat between the two parties and they are every bit of interesting, to say the least.

According to Fightful Select, WOW’s original business plan was meant to serve as a rehabilitation project for Tessa because every major promotion including WWE and AEW had stopped showing interest in her. Tessa was also livid that CBS canceled a planned tryout in January due to COVID.

“Part of the plan from the jump was to serve as a Tessa Blanchard rehabilitation project, as there was no interest from WWE, AEW, IMPACT or even ROH at the time to bring her in. David McClane had long been a fan and protective of her, going as far as to email WOW talent in January 2020 and ask them to not speak about the Blanchard controversies. However, countless talent associated with WOW spoke to Fightful on the record in the following months about their issues with Blanchard, including some that have remained or returned.

It was reported that Tessa Blanchard was “livid” that a planned January tryout was canceled by CBS due to COVID. The tryout was advertised and she believed that they could have still done the tryout via Zoom or in a smaller school.

AJ Lee joining the company did not help make Tessa happier. This caused WOW to switch their focus from Blanchard to AJ Lee, who worked on commentary during the taping, but Blanchard was not seen at all.

Tessa Blanchard was previously deemed to be Nuclear after so many stories of backstage abuse. In addition to that, Blanchard was alleged to have called La Rosa Negra the N Word to her face but she would go on to deny those allegations.

She also dropped an interesting message after reports of her fallout with WOW came to light. Tessa is continuing to burn bridges and there’s more harm in it for her. We’ll have to wait and see what’s next for her.

What’s your take on this story? Sound off in the comments!

Manik Aftab is a news writer at Ringside News. He has been an avid fan of professional wrestling since 2000. His earliest memories of pro wrestling involved The Rock taking on The McMahon-Helmsley faction in 2000. Outside of his writing responsibilities, Manik is a fan of fiction, thrillers, comics, manga and anime. He’s an occasional journalist and likes to spend his free time watching movies and reading stuff about politics, science, medicine, etc. Manik also enjoys jogs in the park and workouts in the gym. Manik is also a big of rock bands including Linkin Park, Breaking Benjamin, Metallica, Drowning Pool, Breaking Point, and Skillet. His current favorite wrestler is Kazuchika Okada and his favorite wrestler of all time is The Rock.

Tom Olsavsky is the vice president of research and...
Read more
Load more