WWE Is Totally Wasting the Talents of Io Shirai 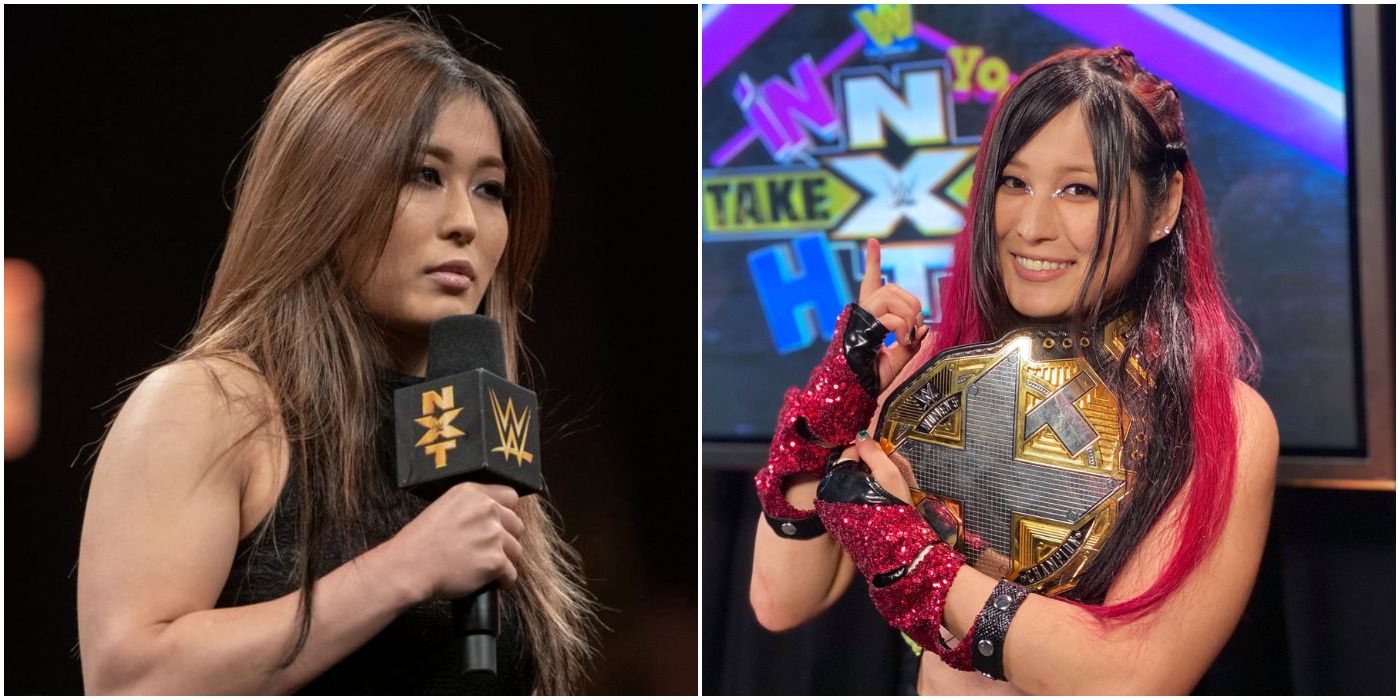 With NXT’s transition to the 2.0 youth movement, several of its top name stars that held the brand together for years have either left the company or seen themselves released. A few holdovers from the black and yellow days remain such as Tommaso Ciampa and Roderick Strong. They at least have still been involved in big ways with the updated product. However, there is a member of the roster on the women’s side who once saw huge success and seemed destined to be a big-time player on the main roster, only to have been lost in the shuffle of the minor leagues. Her name is Io Shirai, and WWE is totally wasting her immense talent.

Io Shirai Was Made A Star The Moment She Debuted

She came to WWE already an established veteran with over ten years of experience in the ring. This helped her to be immediately catapulted to the upper echelon of the women’s division. Her first appearances in WWE saw Shirai advancing all the way to the finals of the 2018 Mae Young Classic, where she was beaten by Toni Storm. She was then called up to NXT and quickly found herself in a successful tag team, The Sky Pirates, with Kairi Sane. This led her to the top of the division, where she found herself in multiple NXT Women’s Championship matches with Shayna Baszler. Even though she lost those bouts and did not capture the gold, her place in the division was set, especially now that she was on her own, with Sane having been moved up to the main roster.

Shirai’s character was tweaked to great effect soon after. She now came out to the ring clad in black leather, led by an adrenaline-boosting theme that sounded straight out of a nightclub. Now a huge fan favorite, 2020 saw the biggest success of her career, where she was booked to beat NXT Champion Charlotte Flair and Rhea Ripley in a triple threat match. She held onto the title for 304 days, before losing to Raquel Gonzalez in April 2021. She then spent two months away, before coming back, and it was here that her push began to falter.

It seemed a given that Shirai was ready for the main roster. She had done her time in NXT, had become champion, and then lost in a way that pushed someone new to come after her. A call-up to Raw or SmackDown appeared to be the next logical choice for her, especially in a thinned women’s division. The past year has seen the absence of Becky Lynch, an injury to Bailey and Asuka, and a hiatus taken by Sasha Banks. 2021 was the perfect time for Shirai to reach the peak, but the move to the big time never happened. Instead, her career has settled into the NXT midcard. Sure, she captured the NXT Women’s Tag Team Championship with Zoey Stark, and they held onto the belts for over three months before losing to Toxic Attraction last September, but putting her in a team as a way to build up a developing talent in Stark has only held Shirai back from the limits of her potential.

Io Shirai’s Spot On The NXT Roster Has Fallen

The last six months have seen Shirai treading water. The NXT Women’s Title scene has been run by Gonzalez and now Mandy Rose. Toxic Attraction still holds the tag titles. Shirai has not been completely forgotten. She still carries the same presence and puts on quality matches, but she seems to be used as a connecting piece to develop the new. Putting her in matches with the likes of Tiffany Stratton, or pairing her up with Kay Lee Ray is okay, but her trajectory has moved her past that. She should currently be standing across the ring from Becky Lynch, Sasha Banks, Charlotte Flair, and Bianca Belair.

One wonders what Vince McMahon does not see in her. She has the look, the entrance, the talent. She has seen lower rung NXT contemporaries such as Shotzi, Tegan Nox, Aliyah, and Xia Li called up before her, all with minimal impact. With such thinned-out rosters that give us the same matches over and over every week, and with the loss of Asian star power that comes with Sane leaving the company and Asuka’s injury, now seems the perfect time to capitalize on Shirai’s star power. Fingers crossed that on the night after WrestleMania when the main roster debuts usually begin, we see a Raw or SmackDown Women’s Champion in the ring, only to hear that badass nightclub music kick in, and witness a leather-clad Io Shirai come out to show everyone what she can be.

Io Shirai And Dakota Kai Are Heading To SmackDown This Week

Shawn Van Horn is a Features Writer for The Sportster. He has written two novels and is neck deep in the querying trenches. He is also a short story maker upper and poet with a dozen publishing credits to his name. He lives in small town, Ohio, where he likes to watch rasslin ‘and root for the Browns and Bengals both, even though it’s frowned upon.